Home » Entertainment » Celebrities » 10 Celebrity Exes We Wish Would Tell All

10 Celebrity Exes We Wish Would Tell All 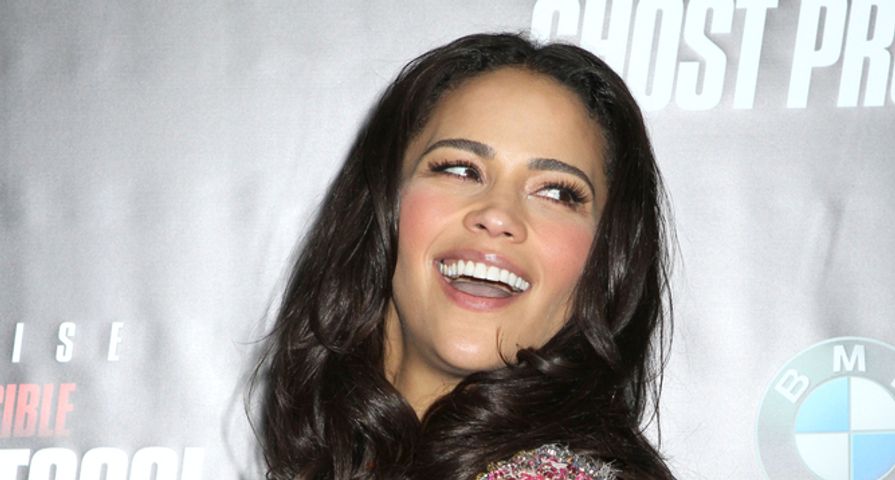 Everyone loves a good story, especially if it’s true. So many celebrities in Hollywood have written tell-alls. Anjelica Houston just wrote one, which documents her relationship with Jack Nicholson, and we’re currently expecting a memoir from Holly Madison about her life at the Playboy Mansion as one of Hugh Hefner’s many girlfriends. While we greatly appreciate what stars like Houston and Madison have done, there are so many celebrities who have never released a tell-all even though almost everyone is interested in hearing their story. Here are 10 celebrities who should really consider releasing a tell-all – most people would read them!

Back in the ‘90s, Elizabeth Hurley was one of those perfect women we all wanted to be. She had an amazing modeling career, she had just forayed her talents into acting and had nailed down one England’s hottest bachelors, Hugh Grant. She seemed to have it all. Then, one day during the mid ‘90s, it all came crashing down. Grant was caught midday soliciting sex from a hooker in Los Angeles. Surprisingly, Hurley decided to stand by her man following the scandal. The relationship didn’t last though. Five years later, they broke up, but stayed on good terms.

There are so many things that we want to know about Hurley’s relationship with Grant. Was he cheating on her regularly? Why did she choose to forgive him after being publicly humiliated? What ultimately led to them breaking up for good in 2000? She should release a tell-all, answering all these questions, but something tells us that she probably won’t.

Sophia Bush and Chad Michael Murray were one cute couple. They tied the knot back in 2005 after a couple years of dating; however, it didn’t last long. After only five months of marriage, she filed papers seeking an annulment, claiming fraud. She never got the annulment, but she was granted a divorce. Many speculate that Murray was cheating on Bush with Paris Hilton, his co-star from “House of Wax;” however, that rumor has never been substantiated. The only thing we know for sure is that something went down and it was big.

Bush has hinted at what happened in her brief marriage to Murray, but she’s never come out and said exactly what happened. He was probably cheating on her but was it just with Hilton (it’s worth nothing that he went on to date an extra on their show for several years immediately following their breakup)? We get the impression that there was more infidelity. If we could have our way, we’d get her to write a tell-all. We want to know more about her relationship with her former co-star – much more!

We don’t think dating Halle Berry would be particularly easy. She seems temperamental and, at times, completely out of touch with reality. We feel for her ex, Gabriel Aubry. When things were particularly bad between them, we think that he seemed the less guilty party. He just wanted to be close to his daughter and the Oscar-winning actress was making it especially difficult. At one point, she was adamant about moving Nahla to France; however, a judge rejected that, as it was obviously meant to distance Aubry from his daughter.

We think that there is so much more to this Berry-Aubry story. She seemed as though she was actually out to get him at one point and she even had Martinez get involved. Who can forget that Thanksgiving brawl that those two men got into! Aubry needs to open up and let us know his side of the story – it is only fair!

Sienna Miller and Jude Law had a ridiculously dramatic relationship. She was reportedly cheating on him with Daniel Craig and he was fooling around with his children’s nanny. Needless to say, they broke up more than once, but they somehow managed to keep getting back together.

Jude Law is a notoriously difficult man to pin down. He has three baby mamas and a reputation as a player. We want to know what happened between him and Sienna Miller and we want to hear it from her mouth. Before he starting fooling around with the nanny, he was pretty keen to marry Jude but, for whatever reason, he started cheating on her instead. She literally used Craig to get back at Law. This is only the stuff we know about too. Something tells us that a lot went down between these two and a lot of other people were sucked into their drama.

Sandra Bullock and Jesse James were such an odd couple. She was America’s sweetheart and he was some tattooed, motorcycle-loving weirdo. She was always out of his league and we think he knew that. In spite of their obvious differences, it took a huge cheating scandal to break these two up for good.

While we’re super happy that these two aren’t a couple anymore, we’re a bit disappointed because we never really heard Bullocks side. James has come out more than once to defend himself, which only makes him look worse, but she has stayed radio silent. We really want to hear her side of the story. Did she see any of this coming? Were there any clues that he was being unfaithful? What Hollywood hunk did she seek solace from? These are all questions that we want answered. If only she would throw us a bone and release some sort of tell-all.

Bridget Moynahan has always been pretty tight-lipped about her breakup with Tom Brady and his subsequent hookup with Gisele Bundchen. No one really knows why things didn’t work out between Moynahan and Brady. All we know is that he quickly found love with Bundchen after his relationship with the “Sex and the City” actress ended. Making things even more perplexing, soon after the breakup, Moynahan announced that she was pregnant, which raised even more questions. Why would these two even be trying to have a child when things obviously weren’t working out?

We want to know exactly what happened with Moynahan and Brady and we want to hear it from her. She’s obviously got a story to tell; however, she’s keeping mum because of their child, John. Who knows. Maybe once the kid goes off to college she’ll feel a little differently about dishing on what exactly went wrong in her relationship with Brady and how she managed to get pregnant at the end of their relationship. We’re dying to know.

Khloe Kardashian’s relationship with Lamar Odom went down in flames, which was really too bad because they did seem to really care for each other at one point. The worst part about the breakdown of their relationship was the cheating. He was having multiple affairs and she reportedly knew about all of them. She allegedly hired a private investigator to follow the women; however, she has never confirmed this. She lets little tidbits out on her family’s reality show, but she never gives us too much. We’re always left wanting more.

We really wish that she would put out a tell-all book about her relationship with Odom. She could address all of the rumors and take control of the story by giving her side on what happened. We all know that Odom is a jerk and totally deserved to be dumped, but we still want the nitty-gritty. It will only make us like her more.

Ever since news broke that Tiger Woods had cheated on Elin Nordegren with countless other women, many of us have been hoping and praying that she would release a tell all exposing her ex for being the cheating scumbag we all know he is. Unfortunately, it looks like Nordegren is going to take everything she knows with her to the grave. Rumor has it that Woods had her sign a confidentiality agreement, which prevents her from ever releasing any details about their life together – both the good and the bad.

We personally think Nordegren got a pretty crappy deal. We know that she has never been into publicity, but she has a lot of dirt that she really should get off her chest.We respect her will to stay quiet but we would be the first to pick up a copy of a Tiger-tell-all. For all those years that he was walking out on her, we want to know what she was thinking. Was she really blindsided or were there at least some indications that he was being unfaithful?

The whole Katie Holmes and Tom Cruise relationship was confusing from the very start. These two were total opposites; she was 14 years younger than him; he had already been married and divorced twice; and he was a Scientologist, a totally outspoken one. When he started jumping up and down on Oprah’s couch, we all knew that this was one of the oddest hookups in Hollywood history. How these two ever stayed married for almost six years, we’ll never know.

From what many of us know, leaving Cruise wasn’t easy. She reportedly had to do most of it under the radar, burner phones and all. She’s never said a word about what happened between her and her former hubby, but we’re dying for some of the details. Rumor has it that Tom got her to sign a confidentiality agreement, which means she can never tell us exactly what happened.

Paula Patton was with Robin Thicke for so long. For a good chunk of 2013, many of us were wondering what she was doing with him. He was behaving in a really questionable way, groping women at random while pretending to be oh so committed to his wife. When she finally left him in early 2014, he went on an apology tour, begging for her forgiveness publicly. She never responded to any of this and instead went on with her life like the strong and independent woman she is.

We really want to know what went down between Thicke and Patton. So much obliviously happened and she has been such a lady about it. We want her to spill the beans. She obviously endured a considerable amount of crap before she finally pulled the plug on her 9-year marriage. If she were to release a tell-all, so many people would buy it – including us!