10 Celebrities With The Most Children 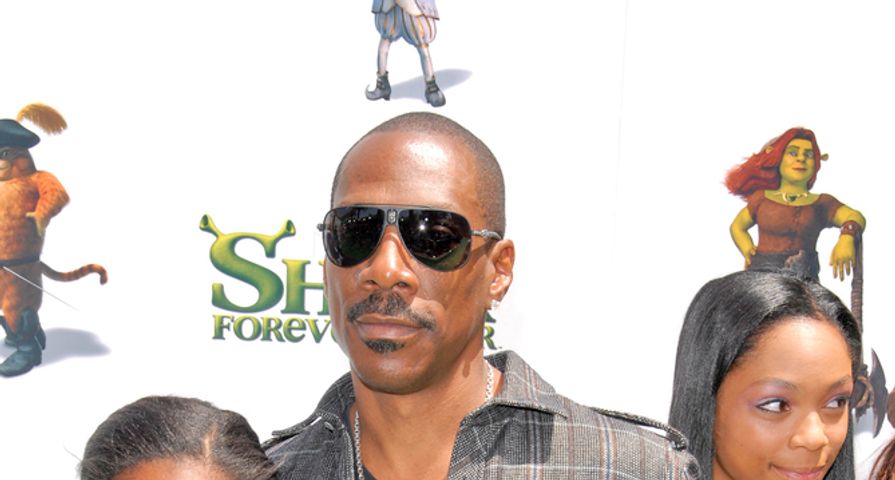 The more the merrier? That seems to be the case with many celebrity families and power couples in the media today. From the Jenner-Kardashians to the Jolie-Pitts, large celebrity families are making news. Although they may never have as many children as Michelle and Jim Bob Duggar, here is a list of 10 celebrities who may give them a run for their money.

“Grey’s Anatomy” star, Justin Chambers, has five children, including a set of twins! He and his wife, Keisha, have a son (Jackson) and four daughters (Eva, twins Kaila and Maya, and Isabella).

The former “Two and a Half Men” star has three daughters (Cassandra, Sam, and Lola) and two sons (twins, Bob and Max). He also became a grandfather to Cassandra’s daughter, Luna, born in 2013.

Chris O’Donnell is father to five children. The “NCIS: Los Angeles” star and his wife, Caroline, have two daughters (Lily and Maeve) and three sons (Christopher, Charles, and Finley).

This 45-year-old hip hop mogul has a total of six children. He has two biological sons, Justin (from an early relationship with Misa Hylton-Brim) and Christian (from his relationship with Kim Porter). Diddy also adopted Christian’s half-brother, Quincy, and fathered twin girls, D’Lila Star and Jessie James, with Porter in 2006. Combs also has a daughter, Chance, from his former relationship with Sarah Chapman.

This celebrity power couple have a total of six children together (three adopted and three biological). Jolie decided to adopt her first child, Maddox, from an orphanage in Cambodia, back in 2002. She then adopted a daughter, Zahara, from an orphanage in Ethiopia, just over three years later. In the Spring of 2006, Angelina gave birth to her first biological child, a daughter named Shiloh. A year later, Jolie adopted then three-year-old Pax from an orphanage in Ho Chi Minh City, Vietnam, after she and Pitt had visited the orphanage in 2006. In the summer of 2008, Brad and Angelina welcomed twins, Knox and Vivienne, to their ever-expanding family. All the children now have the surname of Jolie-Pitt and Brad has officially adopted Maddox, Zahara and Pax as well.

In the film, “Black or White,” Kevin Costner plays a widower who must fight for custody of his granddaughter. While he may not have any grandchildren in real life, he does have seven of his own children, ranging in age from five years old to 31! Costner has three children with ex-wife, Cindy Silva (Annie, Lily and Joe). He also has a son (Liam) with former girlfriend, Bridget Rooney. He is now married to Christine Baumgartner and they have two sons (Cayden and Hayes) and a daughter (Grace).

The “Beverly Hills Cop” star has fathered eight children (six daughters and two sons). Murphy has five daughters (Bria, Shayne Audra, Miles Mitchell, Zola Ivy and Bella Zahra) from his first marriage to Nicole Mitchell. He also has two sons (Christian from his relationship with Tamara Hood; and Eric from his relationship with Paulette McNeely). He’s also the father of Melanie “Mel B” Brown of the Spice Girls’ daughter, Angel Iris.

A list of large celebrity families would not be complete without the Jenner-Kardashians. Kris Jenner is mother to the famed Kardashian sisters (Khloe, Kim, and Kourtney), as well as their brother Robert, all from her first marriage to attorney, Robert Kardashian. In 1991, Kris married Bruce Jenner (who recently transitioned to a woman and is now known as Caitlyn Jenner). The couple have two daughters, Kendall and Kylie. Caitlyn also has four children from previous relationships (Burt, Cassandra, Brandon, and Brody), for a grand total of 10 children between them!