10 Celebrities Whose Fans Turned on Them 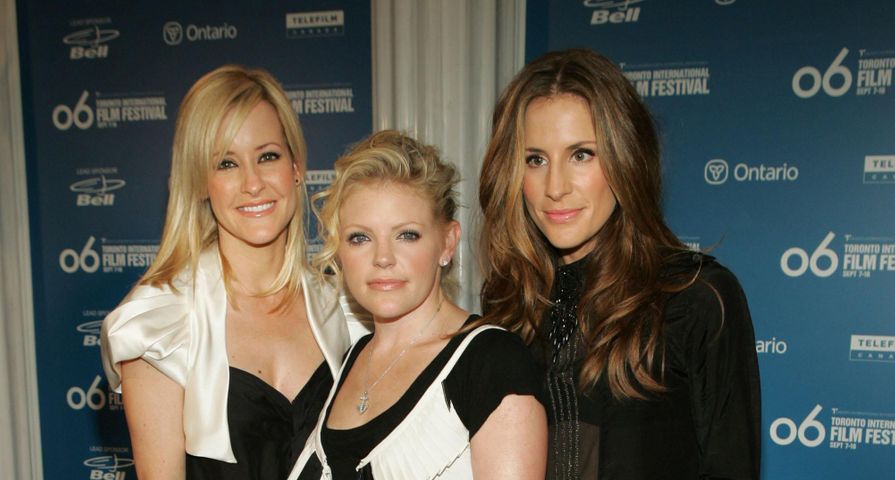 Life in Hollywood can be cut throat, and some A-listers have learned the hard way that you can’t always just do whatever you want. This list looks at celebs who have made less than wise decisions in with their words and actions, and landed themselves on fan’s blacklists across the globe.

Zayn stunned teenage girls across the globe with his departure from British boy band One Direction in March 2015 to pursue a solo career. The fan’s heartbreak quickly became rage when Zayn engaged in social media jabs at ex-bandmate Louis Tomlinson via Twitter, a battle that went back and forth over the entire summer. Zayn ended up disabling his Twitter account in August stemming from Islamophobic comments he received from disgruntled fans and xenophobic trolls. Zayn was even booed by fans when footage of him was shown at a One Direction concert in Cardiff, Wales. Zayn’s solo album is set to release in 2016, and only time will tell if all the broken hearts have been mended.

Russell Crowe has earned himself a reputation for being an arrogant, mouthy, and sometimes violent, a-hole. The New Zealander has a long history in acting, but came to fame in Hollywood with the success of Gladiator in 2000. Since then, rumors of his outbursts have run rampant and fans have been less than impressed. Crowe himself admits that he spends a lot of time “telling people to f**k off and get out of my life.” He also left fans with a bad taste in their mouth when he embarked in an illustrious affair with Meg Ryan, ending her 10 year marriage to Dennis Quade. In 2005, Russell was captured leaving a hotel with police escort after reportedly assaulting a hotel employee with a phone. Apparently Russell was unable to contact his wife in Australia and felt the need to violently attack someone over the issue. Director Geoffery Wright has even said, “Russell is the rudest actor I’ve ever met.”

Okay, so Taylor Swift may be the hugest thing going, but she certainly didn’t make any new fans when she began trademarking everything in sight. This pop princess turned diva has decided to somehow trade mark the phrase, “This sick beat.” As the application process for the trademark was underwent, Taylor Swift’s lawyers began issuing desist letters to Etsy store owners who used the phrase and got their stores shut down by the company. The uproar within the handmade artist community was immediate, as individuals lost their income over three consecutive words. Taylor Swift’s video for “Wildest Dreams” also took a hit when critics suggested it glamourized African colonization. Being accused of perpetuating racist ideology is never good for ones’ career. On a less intellectual note, her on-going feud with fellow pop artist, Katy Perry, may also be losing her fans, as both of the songstresses claim the other is playing the role of “mean girl.” Swift’s song “Bad Blood” is supposedly about the false friendship between them.

Back in the 1970s, the about-to-be aerobic queen experienced quite the turnaround in her popularity when political scandal broke over a controversial photograph. Jane Fonda has long been a political activist, and in 1972, at the height of antagonism against the Vietnam War, Fonda posed for a pic sitting on top of a North Vietnamese anti-aircraft battery. The photo outraged millions of patriotic Americans, especially soldiers and veterans, who nicknamed her “Hanoi Jane.” The controversy impacted Fonda’s ability to gain roles through much of the ’70s, but was not enough to keep her from the ironic win of the Academy Award for Best Actress for Coming Home, a story of a paralyzed Vietnam veteran who falls in love with his nurse.

Remember the time people respected Mel Gibson? Yeah, it’s tough! Mel Gibson and Oksana Grigorieva had a very public breakup that included a number of recorded phone calls that left Mel a laughing stalk. Gibson came to fame for epic films like Mad Max and Braveheart and had an acclaimed Hollywood career, albeit littered with a few blunders. But all this came crashing down after his bizarre racially-charged rants that included death threats, became public domain. All of this came as a follow up to his 2009 DUI rant against the Jews and their responsibility “for every war in the world.” This behavior and these infamous calls solidified the public’s opinion of Gibson’s insanity. In the year 2000, Gibson starred in 4 films! Since then, he’s averaged 1 flop film a year. Wah wah.

Who could forget the Super Bowl half-time show scandal? In 2004, Justin Timberlake ripped Janet Jackson’s clothing, exposing her breast to the world. The mess was nicknamed “wardrobe malfunction” and “Nipplegate.” Interestingly, despite the arguable issue of violence against women and Justin’s role in the fiasco, fans and angry parents alike, targeted Jackson as the perpetrator of the indecency. Her album sales plummeted, and Jackson’s follow up album Discipline only sold 456,000 copies. The singer took seven years off from music after the passing of her brother Michael, but returned in October 2015 with an aptly named album Unbreakable that debuted atop the Billboard 200 albums chart.

Okay, so fans had a pretty good reason to turn on this bad boy R&B singer. In 2009, on the morning of the Grammy Awards, Brown reportedly beat Rihanna when she checked his phone and found a text message from another woman. Brown was charged with two felonies stemming from the assault, and he received 5 years’ probation and 6 months community service. His album Graffiti only sold 362,000 copies, but still earned him a Grammy Award. Despite the commercial and critical failure of his other albums, Chris Brown has managed to redeem himself and garner many new teenage fans that don’t know of his violent past with his involvement in many pop singles. Brown’s next album will be released November 27, 2015, so we shall see if the shunning continues!

Meek Mill was booed by Canadian concert goers after the rapper showed up two hours late to the Canadian “Pinkprint” tour. It’s reported that Mill had a difficult time crossing the border because of past felonies. Fans may have been a little more understanding of the Philadelphia native, but Mill’s on-going feud with Torontonian rapper Drake, seems to have pitted fans almost unanimously on the side of Drizzy. When a fan brought a Drake sign to a Meek Mill concert, he felt the rappers wrath as he spouted f-bombs and even the n-word. Meek Mill’s refusal to bury the hatchet with Drake (among others) has lit up social media and has left fans with something to be desired. Mill’s diss track “Wanna Know,” a response to Drake’s “Back to Back,” received extremely negative critical reception and the WWE wrestler The Undertaker is suing Meek for sampling part of “Graveyard Symphony,” used in his entrance theme.

Ariana Grande didn’t make any fans after a fat-shaming rant in a doughnut shop. The pop princess was perusing the shop with her beau when a worker emerged with a tray of over-sized doughnuts. Grande reportedly looked at the tray with disgust and blurted out, “What the f**k is that? I hate Americans. I hate America.” Grande later apologized for her statements saying that sometimes she is frustrated by the fact that Americans often over-indulge and lead the world in childhood obesity rates. Maybe she has a point that people should be more educated about their food choices, but the apology felt as a continual shaming and a cop-out for some fans. Grande is rumored to have cancelled her MLB concert over the whole mess; however, her reps denied it, stating the removal of her wisdom teeth as the reason.

This leading country group felt the wrath of millions of Americans when front woman Natalie Maines made her political views known. Just as U.S. soldiers prepared to enter Iraq in 2003, Natalie told her London concert crowd that they were “ashamed” former President George Bush was from their home state of Texas. Immediately, the Dixie Chicks were thrown into music exile, with radio stations refusing to play their songs, fans burning and destroying their albums, and death threats being lobbed against the women. The group remained strong in the face of the backlash and released, “Not Ready to Make Nice,” an anthem of defense that eventually led the group to several 2007 Grammy Award wins. It just goes to show, freedom of speech won out in the long run.