10 Celebrities Who Should Quit Social Media 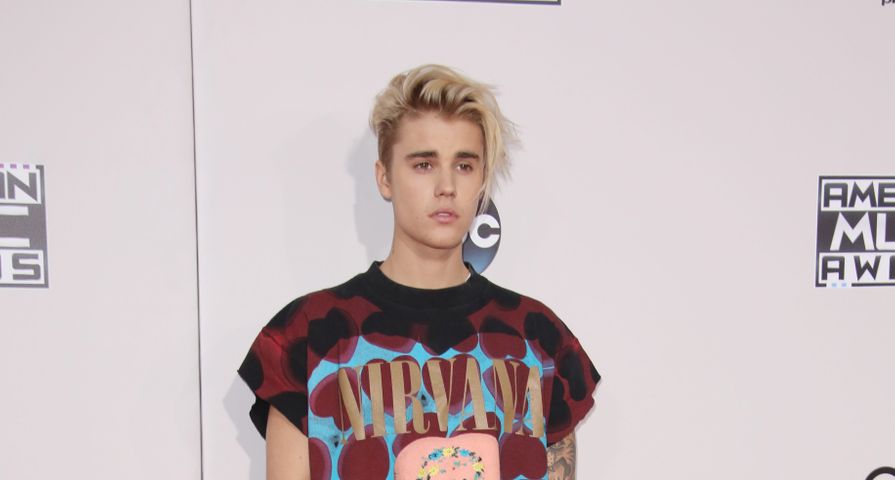 Social media is a wonderful tool for promotion, public relations and general tomfoolery, but some celebrities abuse the tool as a microscope to immaturity, or lack of intelligence. And some of those celebrities are so morally and/or mentally obtuse, and/or offensive with their activity on social media, they need to step away from their phones, computers and tablets to reset the social media mindset. Here are 10 celebrities who should follow the examples of many others, and quit social media completely.

What happened to Miley? We keep asking this question, and it doesn’t seem that anyone can come to a concrete answer. All anyone has to do is check out an old episode of Hannah Montana, and it hurts to have a look at Miley now. Miley suffers from knowitallitis, which is something that many develop in their 20s, when they’re living on their own for the first time. Miley owes her entire career to her father, but it seems her parents divorce had a negative, residual effect that led to a period of Miley acting out. Her subsequent split with fiance, Liam Hemsworth, sent her reeling–and riding a wrecking ball. Miley is to social media what Howard Stern used to be for radio. She started with the injection of shock value, and then quickly moved into educating the masses on how much she likes to be naked.

Has Kanye West turned a corner? It is tough to argue some of the points Kanye makes…and it is impossible to ignore the contradictions in his speech on the regular. Kanye isn’t as bad as he used to be on social media, which is why he’s at #9, as opposed to #2 or #1. Fatherhood has relaxed the nature of his rants on Twitter, and he now seems to be a little more of a social media activist than a shameless self promoter. Still, a Kanye Twitter rant is enough to stop any follower in their tracks, or garner more media coverage than is necessary. For every thanks Kanye offers to his fans, there’s a rant about the wrongs of the world from his half-billionaire perspective. A perfect example: October 2015, ranting about game apps selling kids stuff with a simple click. Mercy.

Britney Spears is another who has slid down this list, as she used to hover near the top. Her social media presence was painful to endure. She should still quit the social media world completely, because she pretty much offers the same shared posts that you would find on your grandmother’s Facebook page. It is refreshing to see that Britney is healthy, and has taken the high road regarding any lure into social media feuds (Iggy Azalea), but her feeds are boring. BORing. What we’d love to see from Britney–if she’s going to stick around the social mediasphere: Insight. Share with the public some of those things Lady Gaga has been saying. Tell people how much horse poop fuels the world of entertainment. Short anecdotes. Photographic evidence. Let people behind the curtain. We”ll pass on the Minions memes.

Lindsay Lohan is working hard to achieve her zen state. She’s rising above the influence. We saw it recently via social media, when Jennifer Lawrence made mention of being “Lindsay Lohan exhausted” without the influence of drugs and alcohol. Lindsay didn’t take kind to it, but she responded in kind…ness. What!? What is the point of following Lindsay on social media if she’s not going to stand up for herself? Instead, she’d rather make comments about running for public office in the future, and changing the world for the better through the things that she has experienced over the last couple years. What happened to the Lindsay that said things that didn’t make any sense? And asked questions rooted in so much misunderstanding, one couldn’t help but have a good laugh? Lindsay needs to find a balance of good and goofy, or call it quits on social media.

Donald Trump is one of the world’s biggest jerks. Yes, there are more colorful words to help describe Donald Trump, but unlike the man, we’re electing to take the high road in criticism of his personage. Speaking of electing…Donald Trump should do more than quit social media completely, he should drop out of the presidential race. But…it’s easy to understand why he wouldn’t. Free publicity is free publicity. Digging back in to the social media activity of Donald Trump: this is a Twitter venture for the American entrepreneur. And this is a venture in seeing how many feet Donald can put in his mouth. Is there anyone Donald Trump hasn’t offended on Twitter, other than old, rich, white dudes? As of late, he has directed his political ire toward Hillary Clinton, a woman he once financially supported through donation.

As a human being, when you’re aging into maturity, and your level of maturity is similar to what it was when you were in your 20s, you’ve become stale. To use a food analogy: Madonna’s not like a bottle of fine wine, kept in a premium location to age appropriately. She’s not like a delectable meat that has been aged to perfection to melt in your mouth with savory excellence…a fine prosciutto, perhaps. Madonna is the wine that has been left on the counter, open, for weeks, to sting like vinegar, and the fast food burger left next to it to solidify into a brick-like object. Madonna on social media is a desperate grab for relevance. It was hoped that she might move in a new direction as she approached “life maturity,” but she sold her soul to the machine eons ago.

It was fun while it lasted. If anyone has ever wondered what it is like to see someone completely lose their mind, digging deep into the social media archives of Charlie Sheen will do the trick. Charlie managed to offend everyone he ever knew with his tweets in 2011. Hindsight being 20/20, it’s rather obvious what was going on with Charlie during his meltdown. While it was happening it was quite entertaining, because no one knew of the tragic circumstances that served as the catalyst to Charlie’s coining the social idiom “tiger’s blood.” In truth, Charlie proclaiming that he was #winning was nothing more compensating for the biggest loss he had ever experienced–his health. Now, Charlie’s Twitter feed is severely lacking. It’s a lot sweeter. He has a new agenda. But he needs to give it a break…a least for awhile.

James Franco. This guy. He’s alleged to be one of the most intelligent, Hollywood A-List celebrities, but he has offered the public some of the most bone-headed examples of how not to use social media. James is a social media fisherman. He fishes for the ladies. Everyone is quite familiar with James’ faux pas with the underage young ladies on social media, and the subsequent embarrassment, but James also comes across as lonely and desperate on social media in his day to day, and that’s just pathetic. James should have been banned from social media, or at least shamed enough by society that he bugged out for awhile. Instead, he batted his lashes, apologized, made a joke, got support from his bestie, Seth Rogen, and that was that. James is a talented actor, but he sucks at social media.

2. Kim (and every other) Kardashian

Dear Kardashian/Jenner extended family. Social media works for you; it’s hard work for us. We don’t score millions for advertising various products, or tweeting a shout-out to a particular brand. We don’t have agreements with the social media entities that kick us coin for followers. All this is to say: Give it a rest. For the love of all that is good…for the good of all you consider holy…just chill. It’s too much. Everyone else feel free to leave your own additions to this open letter in the comments below. The world would be a better place if the Kardashians and Jenners stepped away from social media. They don’t have to quit forever, but for the foreseeable future…? And maybe forever? Preferably forever? The Kardashians achieving celebrity is the reason we all have to sift through so much social media crap to find one nugget of gold.

Follow @kbeautyhair because I’m taking over the Instagram today at 12pm PST. I’ll be sharing some of my favorite hair looks from the past! Meet me over at @kbeautyhair at 12

Justin claims he wants his future to be a vast improvement on his past. For his sake, and the sake of that imagined future, he needs to leave social media behind. He needs to put that interaction in the hands of his publicity team, and he needs to withdraw from posting for awhile. Any posts he wants to make, he needs to run it through a point person so he avoids any inclinations toward idiocy. Sure, he’s only known a life that includes such self-promotion, and such interaction with his fans, and it can be a great thing; however, it can also lead to millions upon millions of followers harassing a poor, unsuspecting person who desires no attention, and certainly not the ire of the Belieber army. And regarding the simplistic, mundane, narcissistic nature of his posts? It’s a tired vibe, and terrible example for a mimicking fan base.