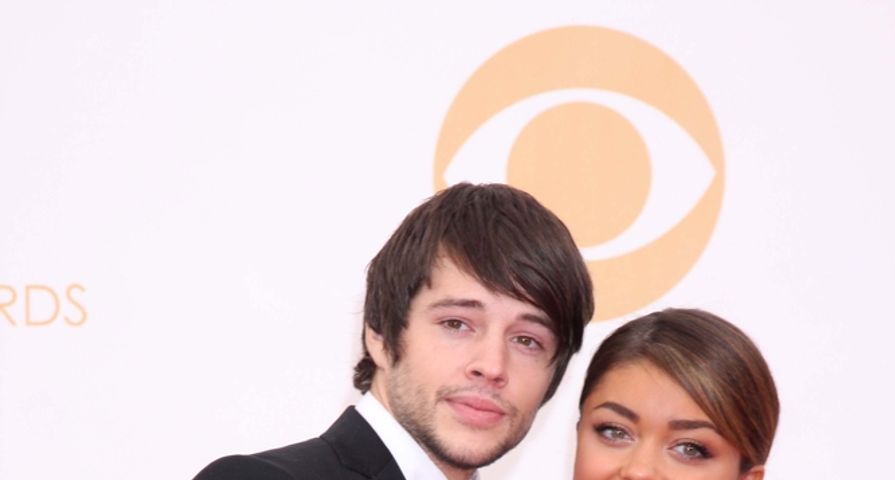 When things with an ex get out of hand, many celebrities choose to get restraining orders. Going this route is pretty serious, which means some form of abuse is usually involved. With Sarah Hyland’s brave decision to get a temporary restraining order against her abusive ex all over the news, we began to wonder how many other celebrities have taken this route. From our research, it looks like there are a lot of celebrities who have been slapped with restraining orders and most of them are men. Some of these guys won’t surprise you while others will definitely come as a shock!

In 2009, after Chris Brown pled guilty to felony assault for beating Rihanna, he was ordered to stay 50 yards away from her unless they were at the same event, in which case it would only be ten yards. It wasn’t until 2011 that the restraining order was replaced with a level one order, which meant that the former lovebirds could have contact, as long as Brown didn’t harass, annoy or molest Rihanna. It wasn’t long after that these two were spotted getting cozy again.

Edward Furlong’s estranged wife Rachael Kneeland hit him with a restraining order after they split in 2009. In the court documents, she alleged that the former teen star had been attacking her, threatening her life and had even threatened to commit suicide. Since the restraining order has been in effect, Furlong has violated it more than once by failing to stay 100 yards away from Kneeland, which keeps landing him in jail. Sadly, he doesn’t seem to learn.

Anthony Michael Hall’s ex girlfriend Diana Falzone filed for a temporary restraining order against him after he showed up at her apartment uninvited, began kicking in her door and then proceeded to shove her once she let him in. According to Falzone, things had already been pretty physical between them. She alleges that the “Breakfast Club” star was so unpredictable and violent that he once bit her on her forehead!

Brooke Mueller has been granted more than one restraining order against Charlie Sheen. In 2009, she was granted her first after the eccentric actor reportedly struck her and threatened to kill her. In 2011, she was granted another one after she alleged that the actor was acting in a way that indicated he was insane. As a result of this one, Sheen could not contact his two youngest children and was barred from coming within 100 yards of his estranged wife.

In 2013, Jack White’s ex wife Karen Elson filed a restraining order against him, claiming that he had a violent temper and had been sending her threatening texts and emails over the custody arrangements they had organized for their two children, Scarlett and Henry. The restraining order was granted and White was barred from having any contact with Elson except as it related to the parenting of their children. And to think the marriage had initially ended so amicably!

During Mel Gibson’s messy (and public) separation from Oskana Grigorieva, she filed a domestic violence restraining order against him, alleging that he had been violent towards her, not just physically but verbally as well. We’ve all heard parts of the tapes she recorded of him abusing her, so we know it’s true! Gibson, in turn, filed his own restraining order against Grigorieva to reportedly keep her from releasing specific information, but we’ll never know what that was.

After Gabriel Aubry got into a fist fight with Olivier Martinez on Thanksgiving day in 2012, Halle Berry was granted a temporary restraining order against her ex, which prevented him from coming within 100 yards of her, their daughter Nahla and Martinez. Aubry, in turn, filed for a restraining order against the French actor, which prevented him from going within 100 yards of Aubry, his home, his workplace or Nahla’s school. Thankfully things have calmed down between these three since!

When R. Kelly and his ex wife Andrea separated back in 2005, she requested an emergency protective order to keep the controversial singer away from her. According to her, Kelly physically abused her, harassed her, stalked her and interfered with her personal liberty on numerous occasions. Her request was granted; however, after it expired, she didn’t extend it, claiming that she had adequate protection.

Sarah Hyland has received a temporary retraining order against her ex boyfriend, Matthew Prokop. In the documents filed by the “Modern Family” star, she alleges that he verbally and physically abused her and even threatened to burn down her house after she broke up with him. Once the relationship was over, he continued to harass her with vile and threatening texts, which included suicide threats. Prokop sounds like he needs serious help.

Terrence Howard’s ex wife his ex wife Michelle Ghent slapped him with a temporary restraining order one year ago. She claimed that he beat her up during a fight during a trip to Costa Rice and, to prove her point, she showed up to her court date with a black eye that she acquired on the trip. Howard filed his own request for a restraining order, claiming that Ghent had maced him, his adult daughter and another family member, but his request was denied.