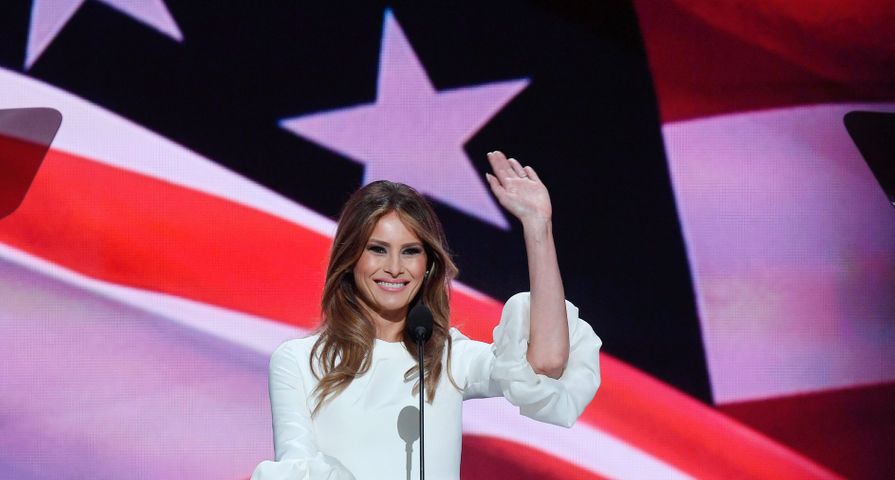 People want to make it big and what better way of doing so than copying a formula that has clearly worked in the past? Well, it turns out that plagiarism is illegal, and it can make you look like a untalented hack. Here is a list of some of our favorite celebs who have been accused of plagiarism and some even copped up to it!

Justin Bieber and Usher faced some hefty accusations of plagiarism for “Somebody to Love.” The song was written by Usher for Bieber, but Devin “the Dude” Copeland and Mareio Overton alleged that the song was a rip off of their tune by the same name. The original song was recorded in 2008. In 2014, the $10 million suit was dismissed, but was eventually overturned and the court battle resumed. Of course, Bieber skipped out on two dispositions in 2016 and was ordered to pay a fine of $11,500. Only time will tell if Devin Copeland will score his fortune.

Back in 2008, Coldplay scored a smash hit with the song “Viva la Vida,” but not everyone was particularly pleased with the song’s success. Guitarist Joe Satriani alleged that the song copied parts of his instrumental track, “If I Could Fly.” Coldplay maintained their innocence, but nonetheless settled with Satriani out of court.

The world of political speeches and campaigns are often riddled with opposing sides making slanderous statements. However, for Barack Obama the allegations of plagiarism swung at him by Hilary Clinton seemed to be true, but we’ll never know for sure. At the time he was a campaigning presidential candidate and he admitted that he should have given props to his buddy, Governor Deval Patrick, during a speech he made in Wisconsin. Obama stated that he and Patrick bounced ideas off of each other and shared ideas prior to the speech and Patrick stepped in to defend this claim. Obama promised to be more careful in the future and has since avoided any more scandals of this sort.

The Da Vinci Code was a hugely successful work of fiction. But it wasn’t only the subject matter that made it controversial. Dan Brown was accused of plagiarism, not once, but twice. Two separate cases were brought against him alleging he had used other peoples’ work in the book. Michael Baigent and Richard Lee brought the first case against him and alleged that he had copied themes from The Holy Blood and the Holy Grail. The judge eventually ruled against them and Brown seemed to be in the clear. However, a second case was filed against him by Lewis Perdue who was seeking $150 million for Brown’s alleged plagiarism of Daughter of God. The Supreme Court declined to hear the case but Perdue maintains his claims.

“Blurred Lines” was the it song of 2013 and topped the Hot 100 list for 12 consecutive weeks. Unfortunately for Robin Thicke and his buddy Pharrell, Marvin Gaye’s family alleged that the song was a blatant rip off of Gaye’s 77 tune “Got to Give It Up.” A jury agreed with the Gaye family and in 2015 awarded them $7.4 million for the infringement.

Nicki Minaj has taken a lot of heat over the years for allegedly plagiarizing not only her song “Starships,” but also her line of wigs. The melody for “Starships” was reportedly taken from electronic artist Clive Tanaka, who released his version in 2011, a year before “Starships” was recorded. Minaj was also sued for $30 million by Terrence Davidson for allegedly plagiarizing his wig designs. Nicki started selling her own brand of wigs based on designs Davidson had originally come up with and licensed to Minaj. The songstress turned entrepreneur didn’t share any of the profits with the designer. The suit was eventually dismissed but Davidson maintains his allegations.

“Ice Ice Baby” was a huge hit for Vanilla Ice back in 1990, but its success was tainted by allegations of plagiarism. Tons of listeners identified the resemblance of the base line of the hit to the 1981 song “Under Pressure” by Queen and David Bowie. While Vanilla Ice initially tried to deny the claims of plagiarism, he eventually conceded and paid royalties to both Queen and Bowie to avoid a court battle.

The Harry Potter franchise is one of the most successful of all time, and it’s no wonder that some authors may contest and try to cash in on the project. Such was the case for J.K. Rowling who faced allegations of plagiarism from the estate of the late author, Adrian Jacobs. The estate claimed that the fourth installment of the Harry Potter series, Harry Potter and the Goblet of Fire, borrowed heavily from plot points of Jacob’s The Adventures of Willy the Wizard, published in 1987. While Rowling won her case, the estate proceeded to file suits in various countries, but none were successful. A representative for the estate said that if they had of won, they would have raked in about a billion dollars.

The classic Beatles tune “Come Together” is iconic, but according to Chuck Berry’s publishers, it’s a blatant rip off of Berry’s “You Can’t Catch Me.” Chuck Berry’s tune features the line, “Here come a flat-top, he was movin’ up with me,” while the Lennon composition includes the lyric, “Here come ol’ flat-top, he come groovin’ up slowly.” Lennon eventually settled with publisher Morris Levy, and agreed to release three songs to be owned by Levy. In the end however, Lennon only released 2, “Ya Ya” and “You Can’t Catch Me.”

When you give a speech that copies verbatim what someone else said, it’s not hard to figure it out. Melania Trump delivered a speech that mirrored an entire paragraph from Michelle Obama’s speech at the 2008 Democratic Convention. Prior to the speech, Melania told NBC that she had written the speech herself. These claims were later contradicted by Jason Miller, Donald Trump’s campaign’s senior communications adviser and speechwriter, who claimed that the speech was produced by Melania’s “team.”