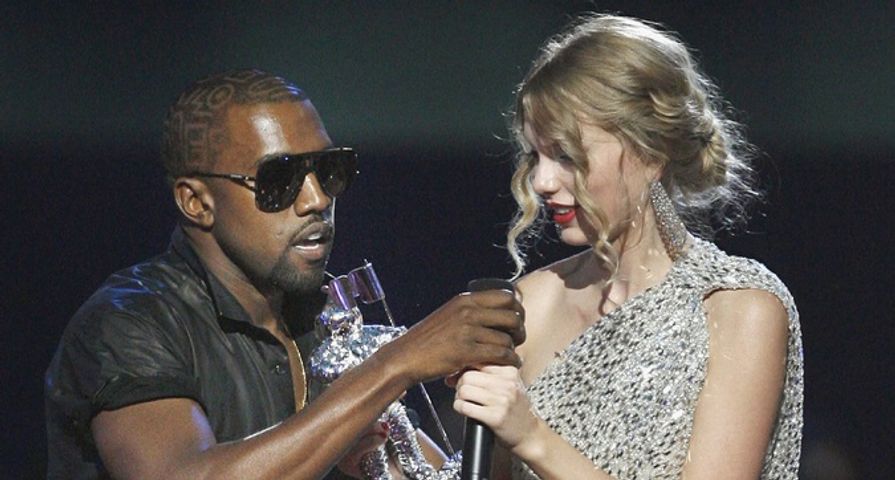 There are live TV fails that are easily passed off as flubs, then there are epic-live-TV failures that people talk about for years and years: “Remember when…” Oh, yeah…we remember when, and we’re going to honor those fine celebrities at this juncture. You may speak to many live TV fails that out do some of the ones on this list, but they’re made by common folk who don’t live in any type of spotlight. This list is reserved for 10 of the best faux pas belonging to people who never be able to truly live these moments down.

Earlier this century, 2008 to be exact, there was a little show with great aspirations. A reality show that featured well known talents, performing in realms outside of their known talents. What was this gem? Secret Talents of the Stars. Never heard of it? Well…that’s because it ran for one episode. Seriously, CBS pulled it after one episode. On that episode, George Takei, loved the world over for originating the role of Hikaru Sulu in Star Trek, and for his clever social media memes, had it in him to give country music a go. George, or presumably his agent, submitted to the show and he was chosen for the first episode. George is a sweetheart, but he’s not a singer. He offered a rendition of Willie Nelson’s “On The Road Again,” and frankly, after seeing it, it’s not hard to understand why the show lasted one episode.

Christina Aguilera had her fair share of embarrassing moments throughout her career, but most of that them have been pre-recorded, and are used appropriately for comedic effect. Yes, there was the exceptionally embarrassing moment at the funeral for legendary Etta James, when Christina’s spray tan began leaking down her legs due to sweat. Ew. But that’s not where we’re going. Let’s travel to New Orleans, Louisiana, on February 3, 2013, when Xtina took midfield to honor The United States with the singing of the “Star Spangled Banner.” Yes, there have been epic banner fails in the past, and we have honored them right here on FAME10; however, no other has botched the song on America’s biggest stage: the Super Bowl 50 yard line. Christina was overcome by the moment, and the rest was history.

Poor Khloe Kardashian. She really seems to be a sweetheart. All things considered, she’s relatively stable for being the daughter of Kris Kardashian, alas, she has no discernible talent. There have been several occasions when Khloe has attempted to enter the realm of entertainment, and one of those happened to be her foray into the world of hosting. In a regrettable move, Simon Cowell brought Khloe on to co-host The X-Factor with Mario Lopez, and to put it politely, Khloe was really bad. She didn’t understand the concept of speaking into a microphone, and she was exceptionally awkward in front of the camera. On one particular evening, she graced the stage sans bra, and if anyone watching had any doubt, Simon made it distinctly clear when he suggested the air conditioning was set to high in the studio. Khloe wasn’t asked back for another season.

We’ll keep Mario Lopez in the mix for another live television fail. Maybe he has the knack of standing next to people who are about to crumble in front of a live, televised audience. Let us remember back to the Miss Teen USA Pageant of 2007, and let us welcome Miss Teen South Carolina to the stage, Caitlin Upton. We’ve all seen this…a hundred times. Caitlin was asked a question by Friday Night Lights star, Aimee Teagarden, about U.S. students’ inability to locate the United States on a world map. Caitlin probably didn’t even hear the question. It was like she heard the word “map,” knew she should have asked for the question to be repeated, but instead launched into a diatribe of incoherent jumbles the likes of which may never be heard or seen again. Mario Lopez’s face said it all.

This next live TV fail is the reason why we can no longer have live television, and it is also the moment that coined the term: wardrobe malfunction. In some strange way, if what happened during this Super Bowl Halftime Show happened at the Super Bowl in 2016, people would likely think nothing of it; however, we now see all live events on a short delay in an effort to crush the bad words, and wardrobe malfunctions that might occur on live TV. What happened? Justin Timberlake and Janet Jackson were strutting their stuff on the Super Bowl Halftime stage, doing “Rock Your Body,” and Justin wasn’t kidding when he sang “Gonna have you naked by the end of this song…” Justin was allegedly supposed to pull a part of Janet’s costume to reveal another part of her costume. Instead we got Janet’s right boob with a nip-shield.

Saturday Night Live has enjoyed its fair share of funky moments, strange breakdowns of sketches, actors breaking character and controversies, but nothing was ever as awkward as Ashlee Simpson, and her failed click track. Well, maybe Sinead O’Connor tearing a picture of the Pope in half, but that kind of stuff is done on the daily. Moving along, Ashlee Simpson has offered no such revelation to the world, instead, she took the stage for her second song, and when the music began to play, it was the wrong song, with a backing vocal (her own). She froze, freaked, then started doing a square dance type jig before walking off stage while her band played on. At the end of the show, Jude Law offered her a chance to explain: she blamed her band.

In one of the most painful interviews ever offered on television, Kathie Lee Gifford sat opposite co-host Hoda Kotb, and interviewed legendary comedic actor, Martin Short. Martin was there to talk about life, work and to his dismay, his dead wife. The thing was…Kathie Lee didn’t realize that Martin’s wife was dead, and she kept asking questions about them as a couple, and how much Martin loved her. She even went on to ask if the couple were still in love with one another, and if there was still passion in the marriage, how long they were married–you name it. For anyone ever wondering what it looks like to possess grace under pressure, simply watch Martin Short in this interview. He continued without pause, expressed a deep love for his wife and eventually they changed topics. Sweet mercy.

Michael Bay can direct some movies with some serious stunts, explosions, sweeping camera moves and load of VFX, but he’s not very good at the public speaking thing. In that realm, he’s more akin to the social awkwardness of Napoleon Dynamite or Pedro Sanchez as opposed to the bravado of Optimus Prime. Michael was asked to come to a convention to push the new Samsung Curve, the television technology that would help viewers become more engrossed in their favorite movies and television programs. When Michael took the stage, all seemed well, then the teleprompter went kaput. At that point, Michael stumbled over a few words, and the interviewer attempted to underhand toss a few easy questions. Michael suggested they would wing it, but after another few awkward moments of silence, the host asked Michael about the TV itself. Michael paused, apologized and walked offstage.

John Travolta used to be the definition of cool. Once the Internet became a thing, John’s cool began to fall toward the drawer labeled disturbing. We don’t want to ridicule the man for his hair pieces, and the strange interviews he offered following accusations about his closeted dwelling sexually. We simply want to remind John that his cool was on the inside. He could crop the top, and still roll with the cool of Vincent Vega. Unfortunately, John no longer floats with the cool, he puts on the cool, and sometimes putting on the cool is a little off putting. We only need to rewind a couple of years to the annual Academy Awards ceremony, when John took the stage to introduce Idina Menzel…or was it…Adele Dazeem…? The following year, he presented with Idina, got her name right, and awkwardly stroked her face during the exchange. 2-for-1.

This one was too easy to predict, wasn’t it? The man with the mouth, and the brain that has supreme capability for thought, but possesses no wisdom to lead the way. That is Kanye West to the W-E-S-T. Before Kanye wed Kim, and started pushing other children into the world, he did a most excellent job of acting the part of petulant child. Kanye’s best example of such boorish behavior was in 2009 at the MTV VMAs, when he crashed the stage after Taylor Swift won an award for Best Female Video, poor Taylor believing that Kanye was going to congratulate her, but instead he offered a backhanded comment with sheer douchebaggery. Kanye often blames this behavior on having some “sippy sippy,” but it wasn’t his first time to pull such a stunt. He’d done it before in 2006 at the MTV EMAs when Justice won for best video.