Home » Entertainment » Celebrities » 10 Biggest Celeb Splits Of 2014 (So Far): Who Will Get Back Together? 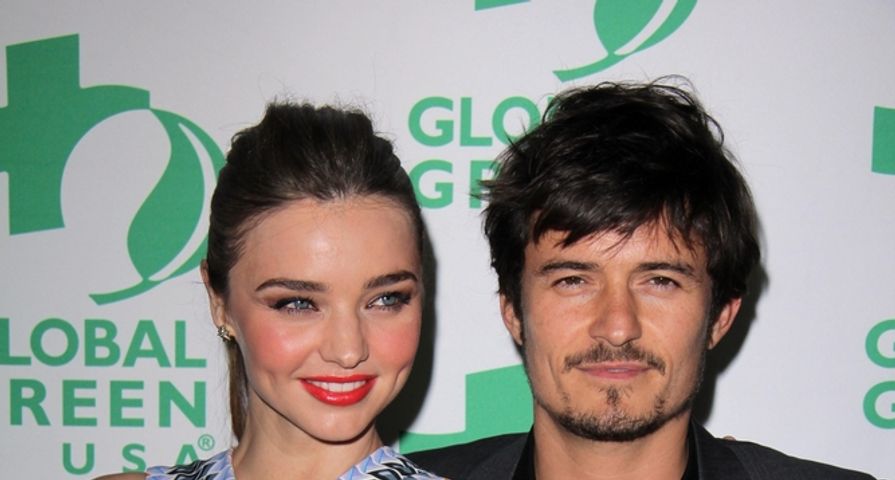 Relationships in Hollywood rarely last, but that doesn’t mean fans aren’t devastated when one of their favorite celebrity couples split. We have seen some pretty big break ups this year – and it’s only June! While we were expecting some of these couples to split, others came as a huge surprise.  The question is, which couples will reunite?

We’ve created a poll featuring some of the biggest celeb splits of the year, so far. Our big question for you: Which of these couples do you think will get back together? Check it out:

It was quite a shock when Hilary Duff and Mike Comrie announced that they had decided to split after almost four years of marriage. Since their announcement, these two haven’t been acting like estranged spouses, but more like friends who might possibly reconcile. They are often spotted around Los Angeles together with their young son and they even went on vacation together – with their son, of course – for Valentine’s Day. Do you think these two will give their romance another shot?

These two may have announced their decision to “consciously uncouple” back in March; however, since making that announcement, these two have been acting more like a couple than they ever did during their decade-long marriage. They took a vacation together immediately after they announced their separation; Martin is still living in the couple’s Brentwood home; they have been spotted spending weekends together around Malibu; and they have frequented the same events together. Do you think these two are consciously re-coupling?

Melanie Griffith and Antonio Banderas had one of the most enduring relationships in Hollywood. Despite having been happily married for 18 years, they recently announced their decision to divorce “in a loving and friendly manner.” While Griffith has filed for divorce, she has been seen out and about wearing her wedding band, which suggests that maybe these two aren’t quite ready to throw in the towel. Do you think these two will go through with the divorce or work through their issues?

When Jennifer Lopez and Casper Smart got together, everyone was a bit confused. He was just a lowly back up dancer and she was a bona fide A list star. These two recently announced that they had decided to split up after two transsexual models announced that they had been sexting with JLo’s little boy toy. Lopez is never one to just give up on her man. Even after Ben Affleck was rumored to have cheated on her with a couple of strippers, she still tried to work it out before she called it quits. Do you think JLo is done with Smart?

This past May, Sofia Vergara and her fiancé Nick Loeb announced that they called it quits, claiming that they had trouble making time for each other because of their busy schedules. These two had been involved in an on-off romance since 2010. They split up once before back in May 2012, only to reunite a few months later. Last year, the “Modern Family” star had been talking about starting a family with Loeb. Do you think these two will get back together?

Khloe Kardashian and Lamar Odom seemed to have one of the strongest relationships in the whole Kardashain klan; however, that changed when the basketball star was accused of using drugs and cheating on his wife of fours years. Since then, the reality star has filed for divorce, but we can’t help but remember how perfect these two seemed together. She may currently be dating rapper French Montana, but is there at least a possibility that she will give her estranged husband another shot?

Evan Rachel Wood and Jamie Bell seemed like a really solid couple. These two had an on-off relationship dating back to 2005 when they co-starred in the music video for Green Day’s song “Wake Me Up When September Ends.” They broke up in 2006 and she went on to date Marilyn Manson. Once she was done with him, she went back to Bell. They got married in 2012 and had a son together. These two recently announced that they had separated after 19 months of marriage. Do you think that they will rekindle their romance?

Adriana Lima and Marko Jaric announced that they had decided to separate after five years of marriage this past May. This came as a surprise given that the Victoria’s Secret model has described their life together as a honeymoon. These two have two children together and seemed really focused on providing them with a great family environment. Considering that Lima is a devout Catholic, we aren’t entirely convinced that this estranged couple won’t give it another go. What do you think?

Miranda Kerr and Orlando Bloom were one of the most adorable couples; however, they were hounded by breakup rumors for years before they announced their decision to split. These two seem to be having one of the most amicable breakups in Hollywood. They have been spotted together on several occasions looking cozy together with their son, Flynn. Do you think Kerr and Bloom are dunzo or do you think these two will end up reuniting?

According to Robin Thicke, he and Paula Patton had one of the most functional dysfunctional relationships in Hollywood. They had been together since they were teenagers and they always seemed super into each other. When Thicke was catapulted to fame last summer thanks to his hit song “Blurred Lines,” he was caught behaving like he was single; however, since Patton announced that they had separated, Thicke has been pulling out all the stops, trying to get his estranged wife back. Do you think these two will reconcile?