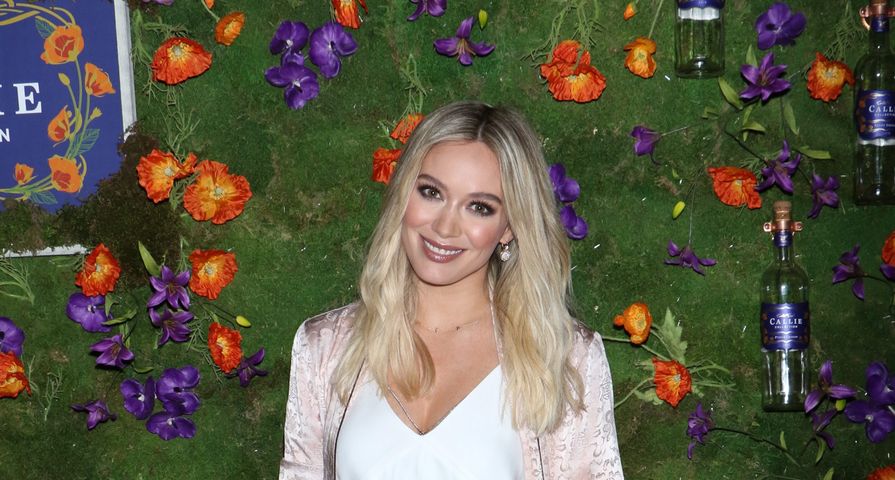 Over recent years it has become more and more obvious that the gap between regular people and celebrities is closing. Not only has Reality TV led so many otherwise normal people to fame, but the fast-paced rise of social media has made celebrities, athletes and socialites more accessible than ever before. While this has caused some issues when it comes to increased shaming and harassment from behind screens, some stars have embraced Facebook, Twitter, Instagram and best of all Snapchat to interact with fans and show the behind the scenes of their lives. Snapchat incorporates all the fun and openness of other platforms, but leaves out the insults and fights that come with Instagram comments or Tweets, and celebs love it! Here are the 10 best celebrities to follow on Snapchat:

It has been quite some time since Usher was singing hits like “U Remind Me” and “My Way,” but that definitely doesn’t mean his life has been boring, and fans can see this on Snapchat. While Usher is usually quiet and calm, fans get to see a different side of him on Snapchat as he makes new music, and lives his life, and at times takes his turn in the coaches’ chair on The Voice. Best of all are the very detailed behind the scenes looks at his personal life, and his followers have definitely increased especially after he showed just a little too much with a steamy sauna selfie and fans are hoping for a bit more. Snapchat handle: howusnap.

Sophia Bush has endeared fans through all of her roles, but especially as Brooke Davis in One Tree Hill, so for those fans who certainly don’t think they see enough of her, her Snapchat is a must-follow. Whether sharing some seriously excellent on-set selfies from Chicago PD or her life with her dog, Bush’s Snapchat account will always make you smile and of course make those One Tree Hill fans miss B. Davis even more. Snapchat handle: sophiabushsnaps.

Keith Urban is one of country music’s biggest superstars and he has definitely embraced the Snapchatting trend! Despite being an icon for over a decade, Urban’s enthusiasm for what he does never ceases and makes his Snapchat one of the best as he is always sharing his excitement before playing huge shows. He often pans the camera to the crowd and always appreciates his millions of fans and along the way shares some awesome selfies. If anyone ever wants to see what these concerts look like through the star’s eyes, look no further than Keith Urban’s epic Snapchat account. Snapchat handle: keithurban.

Gigi Hadid is one the most popular celebrities on Snapchat and it isn’t hard to see why. While many of course follow Kendall Jenner, for a different perspective on the life of one of the world’s biggest supermodels, Gigi Hadid’s Snapchat is the place to go. She not only chronicles her glamorous photo shoots and the behind the scenes of huge shows, but there is also a chance one of her Snapchats will include other famous faces such as her model friends or, of course, her boyfriend Zayn Malik. Snapchat handle: itsgigihadid.

For those looking for a surprisingly entertaining celebrity on Snapchat, look no further than beloved actor John Stamos. Stamos has really embraced snapchatting and it doesn’t hurt he has a very interesting life to share with his fans which includes being on the road with the Beach Boys or being on the set of Fuller House. For many Full House and Fuller House fans, however, the biggest reason to follow him on Snapchat is because it never gets old looking at his handsome face in his always charming selfies. Snapchat handle: stamosofficial.

Selena Gomez is the most followed person on Instagram so her social media game is very strong and also means she is one of the best stars to follow on Snapchat as well. Gomez is never afraid to show glimpses of her life on the road and even poke fun at herself, not to mention her life is never boring. Whether on tour, traveling or working on the hit series 13 Reasons Why, her Snapchat offers an insider look on many different facets of the entertainment industry. Plus, for passionate fans of Gomez, her Snapchat is the place to go for any big announcements she has for upcoming music or projects. Snapchat handle: selenagomez.

Just recently it seems Chris Pratt has taken to being very active on social media which means only good things for his fans. Anyone who already follows his Instagram or Twitter knows how naturally hilarious Pratt is, and Snapchat is the perfect place to take that to another level. Pratt always seems to be the most astounded by his own fame and often pokes fun at his celebrity lifestyle and his Snapchat includes everything from big announcements from the actor as well as his hilarious one-liners and all the random adventures Pratt seems to find himself in all over the world as he films and promotes his movies. Snapchat handle: chrisprattsnap.

Many fans have already realized that Chrissy Teigen is one of the most entertaining and hilarious celebrities on Twitter and Instagram, so it isn’t surprising that her Snapchat is also a great one to follow. Unlike any other celebrity, Teigen pulls back the curtain on her so-called glamorous life with all of the details fans don’t usually see which often shows all the good and bad that comes with being famous, not to mention how normal some stars really are. To top it off she is always sharing some cooking inspiration with her delicious recipes and fans also often to get to see her adorable relationship with John Legend, and their super sweet daughter Luna. Snapchat handle: chrissyteigen.

He is the current Sexiest Man Alive, a beloved actor and athlete and also happens to be an extremely charming and humble man through it all, so it isn’t surprising that many are flocking to Dwayne “The Rock” Johnson’s Snapchat. He is the 10th most followed person on Instagram, and his Snapchat is just as entertaining! There are tons of inspirational workout selfies which, if not inspirational, are always nice to look at, as well as many shots of the very intimidating actor being his normal goofy self with his co-stars or at home. For someone as rich and famous as Dwayne Johnson is, he never comes across as arrogant or pretentious which is always nice to see from such a big celebrity who we all wish we could be friends with. Snapchat handle: TheRock.

There is a reason that people of all ages can’t get enough of Hilary Duff: she is incredibly relateable. From her Lizzie McGuire days to life as a single mom, Duff has no problem sharing her life with fans and for once it isn’t all glamorous which makes her the best celebrity to follow on Snapchat. From spending time with her son Luca, to hanging out her adorable dogs, there is usually something to warm your heart in her snaps and, if that isn’t enough, Duff is absolutely hilarious and down-to-earth and fans feel like they can really get to know her. Her daily life is far from boring and her love of filters make for some truly great selfies, resulting in a truly great celebrity Snapchat account. Snapchat handle: ohheyhilary.