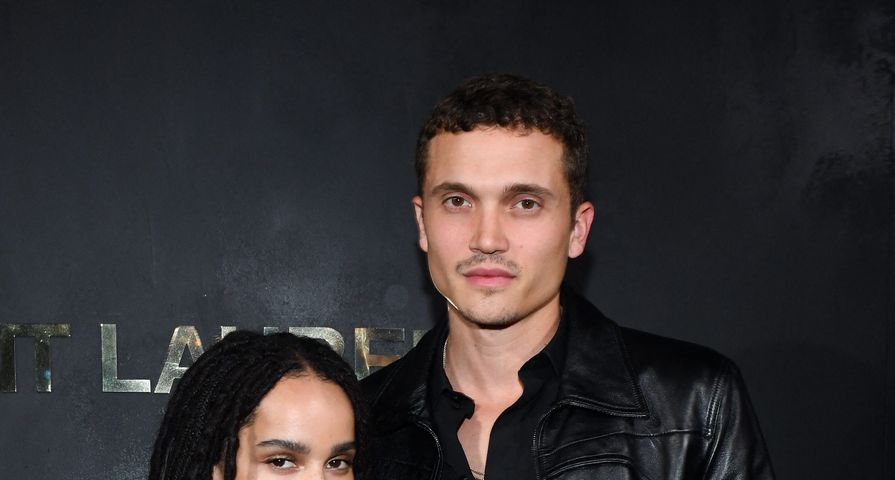 Kravtiz’s first never-before-seen moment showed herself lounging in a chair with her Alexander Wang wedding dress hanging behind her in a black-and-white photo. The designer responded to the pictures with, “Whaaaaaaaaaaa??? I love you ! 🖤”

The second uploaded photo was of her and Glusman sharing a kiss on their wedding day. The following images showed attendees watching as the romantic ceremony commenced, and there was even a picture of the married couple cutting their wedding cake together. “June 29th, 2019,” she captioned the post.

In her third post, she and her Big Little Lies costars Reese Witherspoon, Nicole Kidman, Laura Dern, and Shailene Woodley were all cuddled up together.

Kravitz and Glusman tied the knot in Paris on June 29. The couple’s romantic ceremony came soon after Us Weekly broke the news that the pair quietly wed in May. A source told the outlet at the time that Kravitz and Glusman were “legally married,” but they intended to have a traditional reception that summer.

Guests who attended the newlyweds wedding included Kravitz parents Lisa Bonet and Lenny Kravitz, Jason Momoa and his kids, as well as Alicia Keys, Cara Delevingne, and Ashley Benson were among the attendees.

Just like their low-key wedding, the couple also kept the news about their engagement secret. In November 2018, Kravitz revealed that she was engaged to Glusman in a cover story for Rolling Stones.

Kravitz was introduced to Glusman by their mutual friends in 2016. The pair began dating soon after, and he popped the question before their engagement was announced in October 2018.