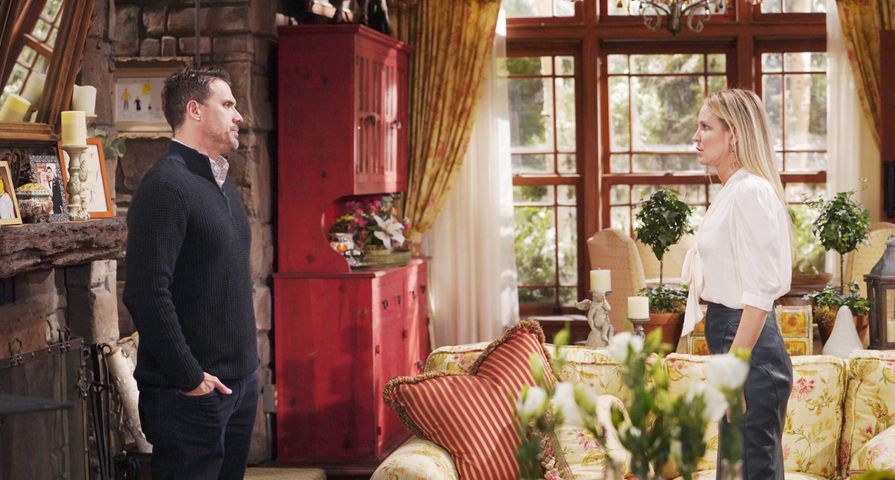 It’s undeniable that this year has changed the way we do things. From how our kids go to school, how we work, to grocery shopping, playing sports, and more, guidelines and restrictions have impacted our day-to-day lives.

But, what about the world of daytime drama?

For anyone who watches all four soaps, it’s obvious how the Young and the Restless (Y&R) has been strictly adhering to social distancing during filming. While in many ways this is admirable considering the pandemic, in other ways, it has hurt storylines.

Y&R actors and actresses have been strategically placed in scenes, and there has been limited interaction between characters, except those who are dating or considered to be in each other’s “bubble”. Such examples include Sharon Case (Sharon) and Mark Grossman, as well as Bryton James (Devon) and Brytni Sarpy (Elena); real-life couples who also happen to work on the same set.

Read: Young And The Restless: Spoilers For February 2021

As such, some emotion has been lost along the way. It seemed a little off when Chance proposed to Abby while staying six-feet apart during the entire scene with no kiss to finalize her “yes”? No hug between mom and Abby when she relayed her engagement news to Ashley? Nor first kiss to solidify the new Bi-Li romance (or Demanda’s, for that matter).

While most of the soaps have cut down on overly romantic scenes, they’ve allotted for some minor interaction. Days of Our Lives’ Steve and Kayla were closer than six feet apart when they got married, held hands, and even *gasp* kissed at the end of the ceremony. Over at General Hospital, Carly’s received plenty of support since Sonny has “passed away”, with characters embracing at his funeral and sitting close together in the pews. While there have been more, these are just a few instances of some closer-than-COVID-safe scenes in Port Charles and Salem.

At the end of the day, watching characters hug, touch, and kiss brings out the very emotion in a scene. With strict on-set protocols, including getting tested every day, masks when not filming, and social distancing, is there a need to refrain from some interaction when a storyline calls for it?

With that said, the Y&R has tried very hard to work around COVID-19 restrictions. Sharon just kissed Adam the other day and Twitter almost broke, and Elena and Devon had an affair with some steamy scenes. When Chabby got married last November, Melissa Ordway’s (Abby) hubby Justin Gaston stepped in as Chance when Danny Boaz needed to quarantine, which made the ceremony a lot more believable. In addition, Melissa Egan Claire’s (Chelsea) husband Matt Katrosar has appeared on the show as a kidnapper and EMT to Lawson, to allow for more touchy-feely scenes.

Sure, the show is trying, but it’s hard to ignore the fact that the soap has felt more than awkward since they resumed filming. Which begs the question: is social distancing ruining Y&R storylines?