Home » Trending News » Y&R Weigh In: Is It Fair For Chabby To Ask Mariah To Be Their Surrogate Mom?

Y&R Weigh In: Is It Fair For Chabby To Ask Mariah To Be Their Surrogate Mom? 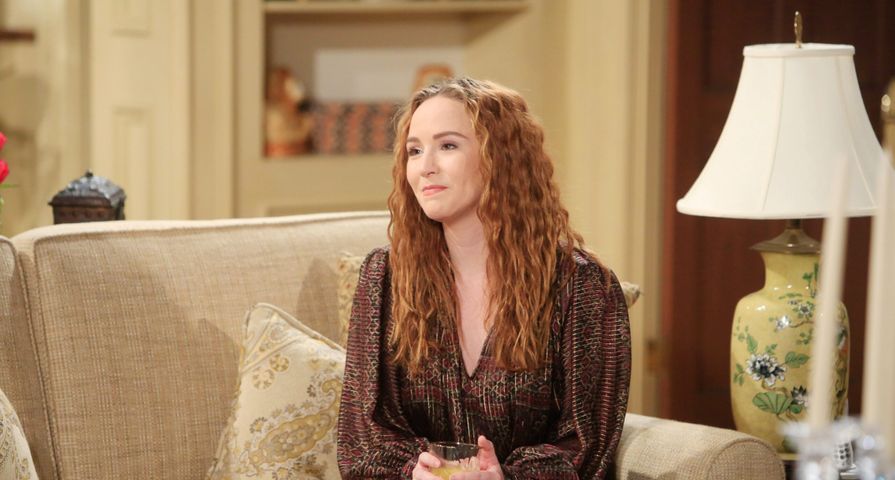 Both Mariah Copeland and fans of the Young and the Restless (Y&R) alike were stunned this week when Chance and Abby asked her to consider being a surrogate for them. The very act of Chabby turning to Mariah creates a twist in the traditional soap opera surrogate storylines. In the past, a friend or family member would see a beloved couple’s inability to expand their family and step up to the plate. This time around, the couple is grabbing the reigns and deciding exactly who they want to carry their child.

But is it fair for Chabby to ask Mariah to be their surrogate? It does seem a little out of the blue. Sure, there are no family members who can fulfill this request; however, it does seem a little forward to expect a friend to sacrifice nine months, if not more, of their lives in your hot pursuit to expand your family.

Read: Young And The Restless Plotline Predictions For The Next Two Weeks (January 25 – February 5, 2021)

It also feels a little too much, too soon on so many different levels. First off, Chabby just found out last week that Abby couldn’t carry a child full term. Shouldn’t it take more than one week to digest this type of news, get a second opinion, and look at other options? It should also take more than one week to filter through potential candidates in your circle of friends and family.

It feels too soon for Abby and Mariah’s friendship to take this giant leap as well. Not so much for Mariah to be a surrogate per se, had it been her idea, but rather for Abby to be under the impression that she can push the boundaries of their relationship by making this request. Carrying a baby is no walk in the park.

While everyone experiences things differently, on the low-end of issues, it’ll be appointment after appointment, abstaining from alcohol and some foods, morning sickness, as well as feeling big, bloated, and uncomfortable as the baby grows inside of her. On the high-end of things, there’s anxiety and medical complications, things that might not only affect her career but also her relationship with Tessa. Then there’s the idea of all the fertility appointments and do’s and don’ts Mariah will have to follow before she’s with child. The entire process can be all-consuming and overwhelming.

On the other hand, Abby didn’t demand Mariah carry her baby; the request in itself was a heartfelt and beautiful one. Abby’s respect, love, and trust for Copeland made her the perfect candidate. There was no pressure placed on Mariah, and in many ways, she should feel flattered by it all.

Read: Young And The Restless Spoilers For February 2021

But, at the end of the day, should Chabby have waited to see if anyone would throw their hat in the ring prior to approaching Mariah? Perhaps give it more than one week’s time before proactively searching for a candidate? Was it fair for Chance and Abby to Ask Mariah to be their surrogate mom?