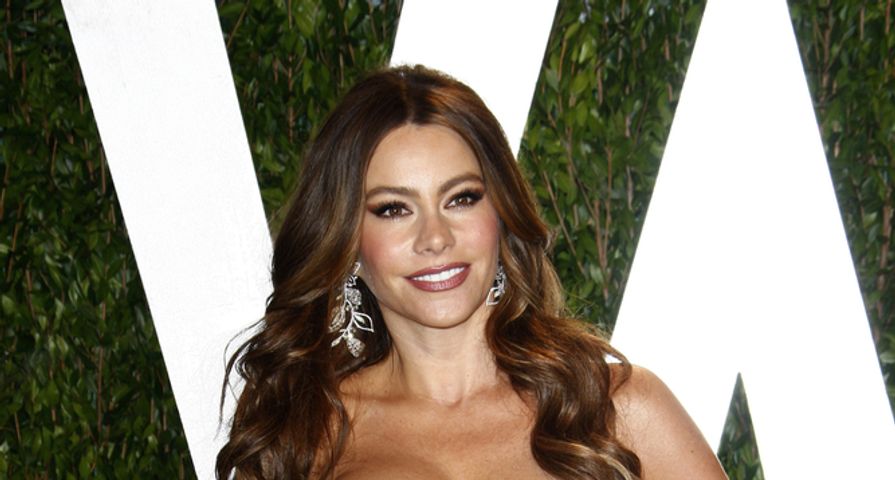 You might be jealous of Sofia Vergara, but she says that there’s a downside to having a large chest.

In a new interview with Vanity Fair, the 42 year-old Modern Family star admitted that her ample breasts can be a pain.

“My boobs are, like, huge,” Sofia explained in the magazine’s new May issue. “My whole life, buying a bra was a nightmare. What I used to do when I moved to L.A., I found places like Frederick’s of Hollywood that make bras for [strippers].”

Now that Sofia’s getting older, sometimes she even wishes her breasts were fake! “Believe me, I wish I had fake boobs. I lay down and they completely go down like all the way, like here … It’s not fun,” she said, explaining that a natural chest sags more than one made of silicone.

Sofia also fired back at critics who don’t like the fact that she wears the same types of dresses when she appears on red carpets.

“Sometimes you read in the press, like, ‘Oh, Sofia is wearing again the same shape dress,’ and I want to answer them and say, ‘What the f— do you want me to wear?’ Obviously there’s a reason why that’s what I go for,” she said.

It it works, stick with it!