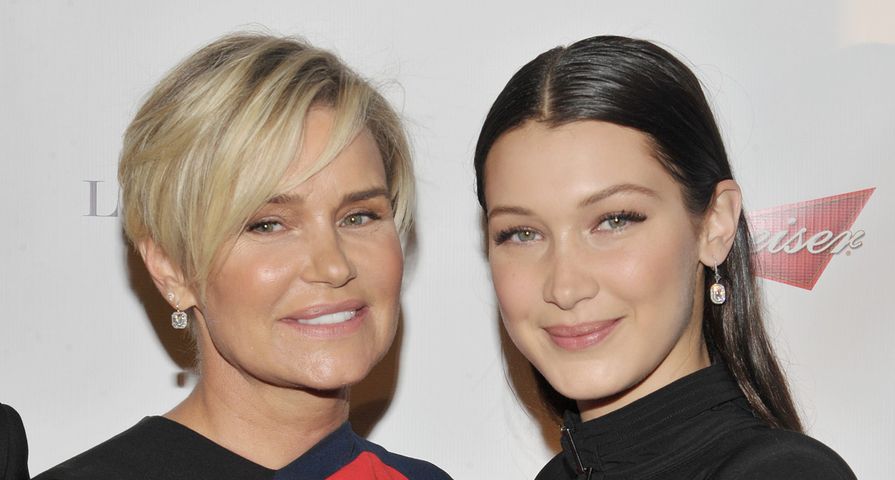 Fans know that for many years Real Housewives of Beverly Hills star Yolanda Foster has been battling Lyme disease since being diagnosed in 2012.

It wasn’t until last October, however, that she revealed two of her children, Bella and Anwar Haddi have also been struggling with the disease. After a recent episode of RHOBH, Foster has had to defend her children’s diagnosis when it was questioned at a barbecue hosted by Kyle Richards.

After Foster left the party, Lisa Vanderpump, started talking about Bella and Anwar having (or not having) the disease, stating, “[Mohamed] just said no, that she’s the only one that has it,” Vanderpump said referring to Foster’s ex-husband Mohamed Hadid. “He said he doesn’t think they had it.”

Following the episode Mohamed posted on Instagram, writing, “I would like to make it clear that I completely and unequivocally support my children and their mother.”

Meanwhile Foster also fired back on her blog, writing, ““Still, I am the subject of conversation amongst ‘friends.’ Looks like I got out of dodge right on time at that barbecue. I have nothing to prove and know that my journey is public due to the job I’ve chosen as a Housewife, but I can’t accept something so delicate as my children’s health being talked about in such a way.” She continued, “With Mohamed’s support, I have managed my children’s healthcare on a daily basis since the day they were born. It is up to no one but us to make claims toward their health status. Shame on those who think it’s OK to spread rumors and provoke doubt about something so heart wrenching.” Yolanda also shared an Instagram picture of Bella getting treatment in order to squash any more rumors about her children’s health status.