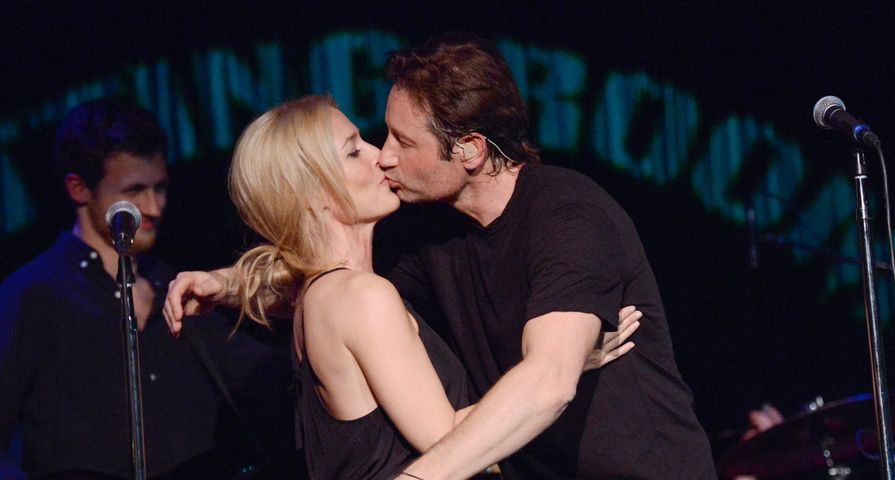 As if there wasn’t enough hype behind the revival of the X-Files, the show’s stars have created an absolute fan frenzy after locking lips on stage.

The event had nothing to do with the show however as Duchovny, 54, was in NYC at The Cutting Room performing off of his debut album Hell Or Highwater and Anderson, 46, surprised him by attending.

During the encore Anderson came up on stage and asked, “Can we play some real music, please?” and the two decided to cover Neil Young’s “Helpless” but not before sharing a kiss. After their performance, they kissed again and considering that both stars have recently exited relationships, many are hoping that Mulder and Scully really do end up together!

Anderson has mentioned several times that there was a mutual attraction between herself and her longtime co-star but also denied anything would happen, “Now that it’s over. I can tell you, no. It’s a nice idea, but it’s not going to happen,” she said in 2014. Meanwhile Duchovny often stated that they really didn’t get along so well on-set and referred to her “like a sister.”

Maybe those feelings will change as the two pair up once again in their iconic roles as paranormal investigators for the six-episode event series that is coming to Fox in January 2016.