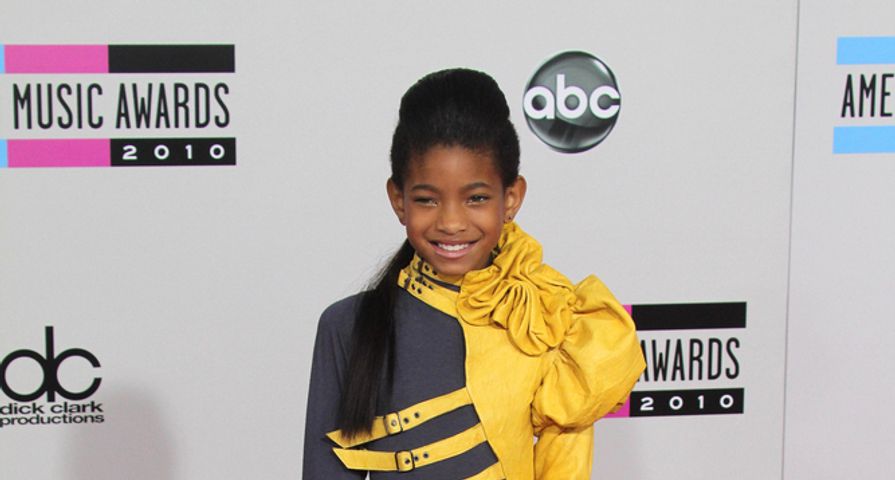 Controversy is brewing over a new photo that features Willow Smith lying in bed with a friend.

The problem is, she’s 13 and the guy, family friend and actor Moises Arias, is 20.

In the photo, Willow is lying on the end of the bed, fully clothed, while a shirtless Moises sits farther back, against the wall. His legs are not visibly, probably because they’re underneath the blanket that Willow is on top of. The two don’t appear to be touching. Check out the video to see the photo, which Moises had posted to his Instagram account but has since taken down.

While some found the photo to be inappropriate and hinting at something sexual, others say that critics have overreacted because Willow’s fully clothed and nothing is really happening in the photo. Also, a third person took the photo, so the pair wasn’t alone.

Willow’s mother, Jada Pinkett Smith, publicly defended her daughter: “Here’s the deal,” she told TMZ. “There was nothing sexual about that picture or that situation. You guys are projecting your trash onto it. You’re acting like covert pedophiles and that’s not cool.”

In the past, Jada and her husband Will have said that they let their kids have as much control over their own lives as possible. Do you think this photo has gone too far?