Will Ferrell Nails Cheerleader In The Face With Basketball 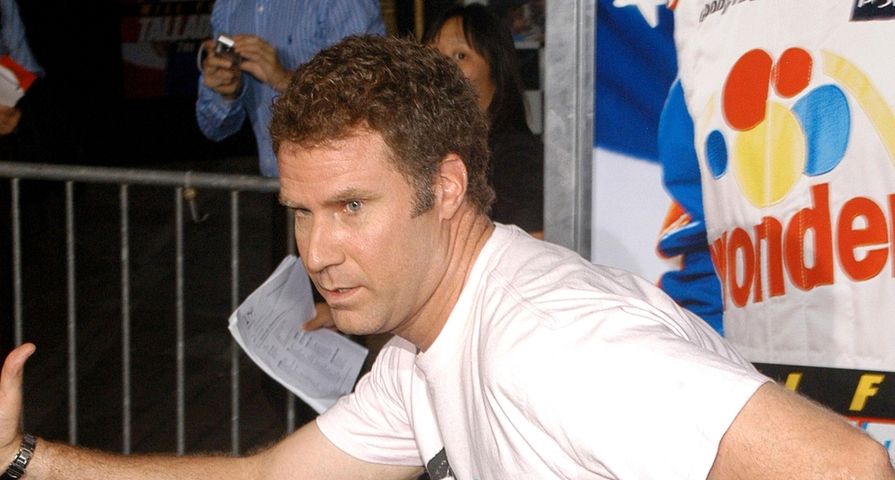 Will Ferrell is a comedic genius. His genius lies in risk-taking, and his ability to go from 1-10 at the drop of a hat.

Sure, he’s often rooted in absurdity when he’s not reined in well by a director, but when he’s on, his charm and funny are undeniable.

Earlier this week, Will was in attendance at a New Orleans Hornets basketball game, when he was called to the floor at halftime. He was attempting to make a half court shot when things went awry, and his shot found a cheerleader’s face.

He literally throws the ball so hard, it could have cracked the paint on a wall. And it does hit her… square in the ear hole. The cheerleader hit the floor, the fans started to boo and Ferrell kept on with the bit, until he was dragged off the floor by security.

So. Yes. Obviously this was staged. And the cheerleader was obviously a stunt-woman. The way she took her fall was so violent, one could guess she’s got a little MMA or martial arts training in the mix. Will is presently in New Orleans shooting the film, Daddy’s Home, which also stars Mark Wahlberg. This will be the first time the two have been on screen together since 2010’s The Other Guys.

The exchange that took place at the game–in the stands captured by smartphone, before on the floor at halftime–was actually a scene from the movie. Again. Comedic genius. Want real audience reaction? Don’t tell them they’re in a movie, and shoot it with a smartphone.

If you haven’t seen the video, you can check it out below. Also. We’re gonna go out on a limb and suggest the basketball was not an actual basketball, rather a lightweight, PVC/jelly ball.

Check out the hilarious moment in the video below: