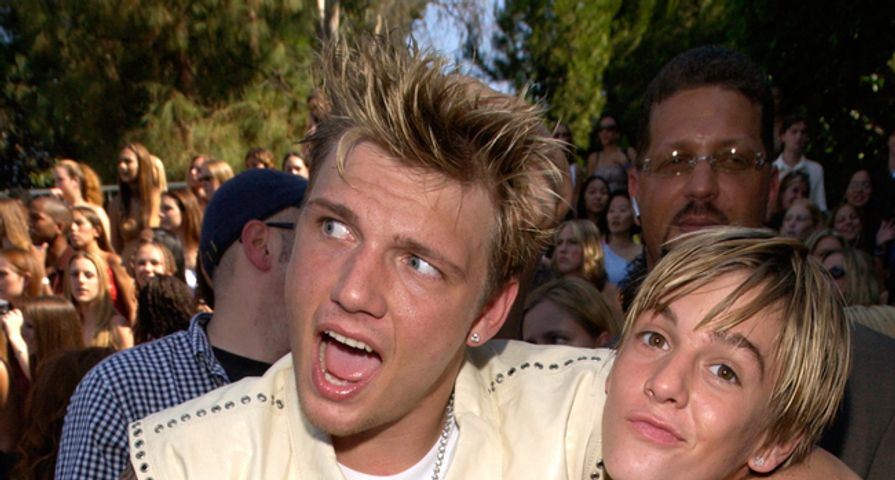 Is there a beef in the family Carter?

Pop star Aaron Carter missed his brother Nick Carter’s wedding ceremony, prompting fans to wonder if the brothers got into some kind of fight or disagreement.

Aaron, 26, was in Washington, D.C. when Backstreet Boy Nick, 34, was tying the knot with fitness expert Lauren Kitt in Santa Barbara, CA. Aaron actually never planned on attending the ceremony.

However, it wasn’t because Aaron didn’t want to be there; he wasn’t able to attend the ceremony because he had a contractual obligation to make an appearance at an event — check out the video to see what he was doing instead! It sounds like bad planning, but Aaron agreed to the appearance well before Nick and Lauren settled on a date for their wedding.

Like a dutiful brother, Aaron raced to the airport to fly to California to make it to his brother’s wedding reception.

It’s also not clear if their sister Angel made it to the wedding, since she was tweeting from the Coachella music festival at the time — but Nick missed her wedding back in February, too! Have these kids heard of email? Communication would prevent these things from happening, people!

Nick has four other sisters and one other brother (besides Aaron and Angel), so let’s hope at least one of his siblings made it to the wedding!