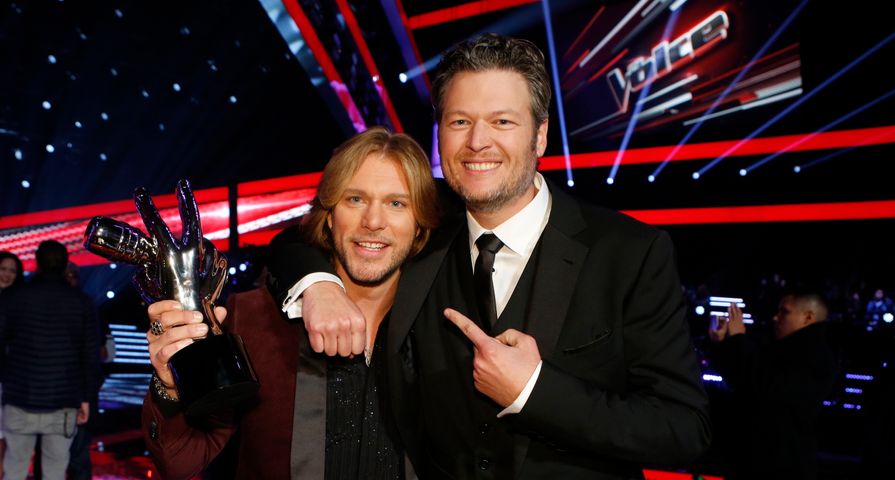 On Tuesday (Dec. 16) night the hit singing competition show, The Voice, finished its seventh season after a tough battle through the weeks leading up to the finish and saw mentors such as Taylor Swift step in to help guide the budding singers.

With new coaches Gwen Stefani and Pharrell Williams already eliminated from the competition after all of their singers were voted off, the finale came down to the show’s veteran coaches Adam Levine and Blake Shelton.

Coming into the final night, Levine was boasting three singers, Chris Jamison, Matt McAndrew and Damien Lawson representing his team, giving him a significant advantage over Team Blake who only had one singer left standing, Craig Wayne Boyd.

It only takes one to win however, and country crooner Craig Wayne Boyd prevailed, being named champion of season seven giving his coach, Blake Shelton, an impressive four wins over the course of the show with only Levine winning two and Usher one.

Prior to revealing the results, and performing live for the finale episode, each one of the four finalists released their own original song complete with a music video and by the end of the night each one was on the iTunes Top 10 chart.

Season eight of The Voice will première next spring and will see the return of coach Christina Aguilera while Gwen Stefani will go back to making music.

Aguilera will once again join coaches Blake Shelton and Adam Levine while Pharrell Williams has decided to also stay for another season.

Are you happy with Craig winning Season 7 of The Voice? Have your say below: