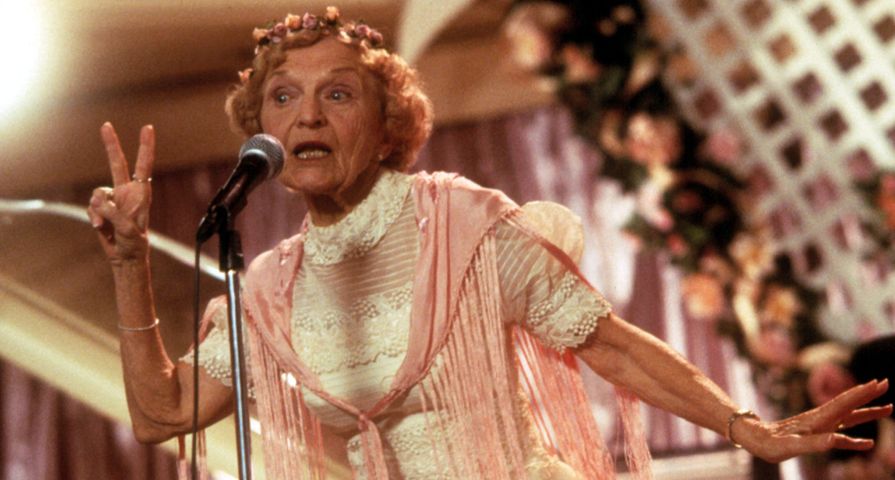 Ellen Albertini Dow may not have been the most famous actress in Hollywood but her role in Adam Sandler and Drew Barrymore’s 1998 fan-favorite film The Wedding Singer will never be forgotten.

The actress best known as the hilarious grandmother in the film passed away on Monday May 4, her agent confirmed to Deadline. She was 101 years old.

Dow studied acting in New York City in her youth before launching her career with a spot in The Twilight Zone during the 1980’s and went on to appear in films and TV series such as Sister Act, The Golden Girls, ER and Seinfeld.

While she has made several appearances in well-known features, no one will ever forget her as Rosie in The Wedding Singer, who pays Adam Sandler’s character for singing lessons by giving him meatballs and then busting out her very own performance of Sugarhill Gang’s classic hit “Rapper’s Delight.”

With 103 acting credits to her name Dow continued working until she was almost 100 years old, appearing in an episode of New Girl as Aunt Ruthie in 2013 and in East of Acadia that same year.

Also Check Out: Top 12 Celebrity Cameos In A Movie

Watch The Wedding Singer Clip Below!