Home » Trending News » We Weigh In: Is Y&R Setting Up An Ashland Locke Murder Mystery?

We Weigh In: Is Y&R Setting Up An Ashland Locke Murder Mystery? 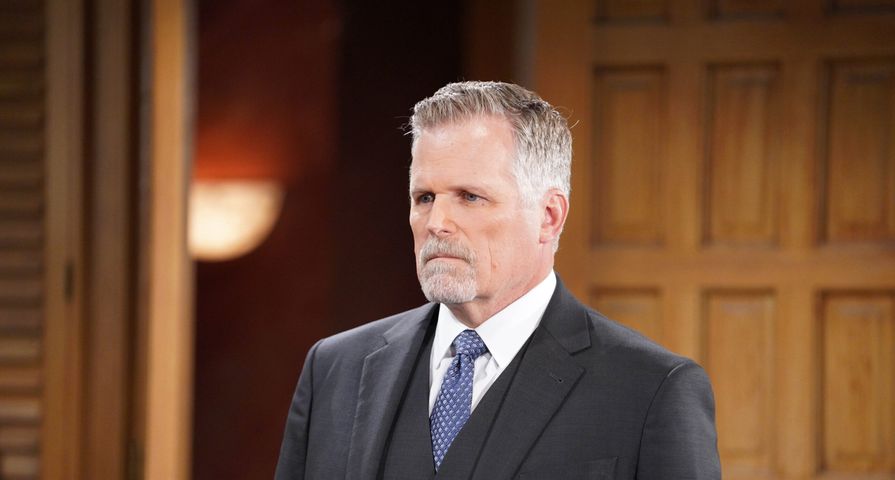 The character of Ashland Locke was designed to be at the center of a murder mystery. Ruthless and rich business tycoon? Check. A social pariah who has given nearly everyone in town a motive to whack him? Check.

And is he about to cross an ethical line (his umpteenth, by our count) that pushes his enemies to desperate measures? You bet.

The Young and the Restless (Y&R) fans have been anticipating this sort of whodunit arc for weeks now. And while Ashland’s terminal illness is finally getting debunked, he hasn’t riled up Genoa City enough for anyone to take action… yet.

Victoria’s car accident will set the stage for Ashland’s downfall, even though he’ll initially come out of the wreckage looking like a hero. Yes, Ashland saved Vicky… but is he the one who put her life in danger?

This accident comes at a conspicuously good time for Ashland. The Newmans had his back against the wall and Vicky had just finished ripping his heart out. Can he leverage his heroic moment somehow?

The Moustache and Nikki might have to cut Ashland some slack, especially if their daughter pushes the narrative that Ashland really has changed. Point taken: the last time Locke encountered a fiery car crash, he assumed the victim’s identity!

Many Y&R fans are theorizing that Vicky will be compromised – psychologically or physically – because of her accident. However, now that Ashland has saved her life, Vicky may be compromised emotionally as well. Perhaps she’ll reconsider fulfilling his wish for a fresh start together.

“This [storyline] still has more mileage, you have no idea how much more,” head writer Josh Griffith recently told Soap Opera Digest. “Never underestimate the power of love. That’s all I’m going to say about that.”

Griffith’s “power of love” comment likely relates to Victoria’s affection for her husband, but Y&R‘s head writer could also be talking about the love Nick and the Newmans have for Vicky, or the love Sharon has for Rey. Ashland could wind up feeling the wrath on account of their love.

Whatever ethical line Ashland crosses next might be his last. (Remember what happened to Mr. Burns in The Simpsons when he blocked out the sunlight in Springfield? It launched the infamous “Who Shot Mr. Burns?” storyline, in which everyone in town was a suspect. Ashland is basically Mr. Burns right now.)

Y&R writers have been fleshing out their list of suspects in recent weeks, and the members of Victoria’s inner circle are chief among them. Nick Newman has had a rage-on for Ashland since last fall (even saying, “I’m gonna kill him”), while Billy Abbott wants vengeance on Locke for personal and professional reasons.

Want more Y&R hot takes? Check out We Weigh In: Did Y&R Make A Mistake By Firing Jordi Vilasuso?

Let’s not forget about Victor and Nikki. Given the Moustache’s colorful history, he won’t be above suspicion if Ashland goes missing. Mama-bear Nikki also can’t be ruled out when it comes to the safety of her daughter – just remember what she did to Diane Jenkins!

Not only are the Newmans out for blood, but other Genoa City residents are also hinting at taking matters into their own hands. Nate has been fuming about Ashland’s manipulation of their “friendship”, while Elena has openly wished for someone to take Ashland out.

Lauren and Michael are another couple who want Ashland to face justice. Michael has shown a deep commitment to getting back at the man who held him captive in Peru, while Lauren is not the type to forgive and forget.

Meanwhile, Sharon and Lily are both deeply disgusted by Ashland’s lie as cancer survivors. Fans who’ve been on the fence about this “fake cancer” storyline might find it satisfying if a character who’s suffered from the disease gets to hand Ashland his comeuppance.

Want more Y&R spoilers? Check out Young And The Restless Spoilers For The Week (April 25, 2022)

Speaking of the widowed Mrs. Rosales, Sharon will blame Ashland for her husband’s passing. Even if Locke hadn’t been the one to strike Rey’s vehicle, he’s the one who pushed Vicky to her wit’s end on that foggy road.

Besides, why was Ashland following Vicky in the first place? She’d just made it crystal clear that she was through with him, so he trails her at night during horrible weather? What was his plan if Rey’s car hadn’t surprised them both?

Eyebrows will raise in the wake of Rey’s passing. Nick will be furious, now that Ashland’s sketchy behavior has put his ex-wife and friend in mourning. And if Sharon believes that Rey saved her life while she was undergoing cancer treatment, she might consider it her duty to seek payback against Ashland.

As new Y&R spoilers tease, Chance will uncover suspicious evidence. Could this evidence contradict Ashland’s account of the crash scene? How will Locke charm his way out of that interrogation?

Want Y&R plotline predictions? Check out Young And The Restless Plotline Predictions For The Next Two Weeks (April 18 – 29, 2022)

On top of all the people who want Ashland gone, Jesse Gaines and Tara Locke could also pop up as wildcard suspects. Tara, who lost her son and freedom, could come out of prison with a vendetta to settle.

As with many murder mysteries, it’s just as likely that the “victim” won’t perish at all. Ashland has been a popular character – both under Richard Burgi’s tenure and with successor Robert Newman in the role – so it wouldn’t be off-brand for Locke to let everyone believe he’s passed away.

“I thought Richard [Burgi] was terrific, but Robert has really made Ashland his own,” Griffith said in the same interview. “The direction he’s taken Ashland has spun the story even further than I thought it would go. There’s a lot more coming.”

Whether he truly perishes or merely pretends to, it seems inevitable that Griffith will place Ashland in a murder-mystery scenario. Faced with such widespread animosity in Genoa City, what else can Ashland do but disappear?