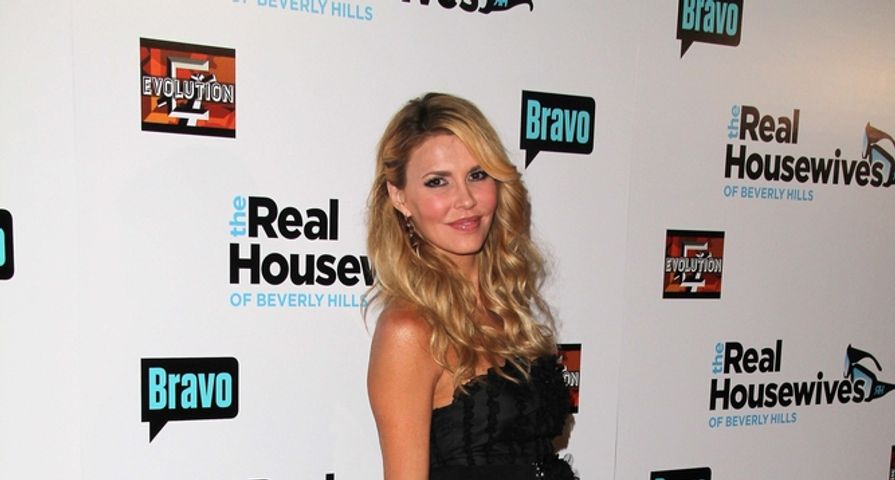 When the Real Housewives of Beverly Hills star appeared on Bravo’s Watch What Happens Live alongside real estate reality star Jeff Lewis, she had a meltdown,  started crying and even threw her wine at him after he made a comment that was meant to be a joke.

Host Andy Cohen asked Brandi to run her hand through Jeff’s hair to make sure that he wasn’t wearing a toupee, but she refused. Jeff asked, “Could I get an STD from that?”

Brandi responded, “Yeah. Pretty much,” but then warned him, “You better check your motherf–king self.”

When they came back from commercial break, Brandi couldn’t let go of the comment.

“Before we do this, I have something to say to Jeff about the whole, ‘Can you get an STD from me putting my hands through his hair?'”

And then she threw her wine at him!

The audience gasped (and some even clapped) while Brandi told Andy he could go on.

You have to see it to believe it — check out the video of the awkward debacle!