Val Kilmer Opens Up About Life-Changing Battle With Throat Cancer 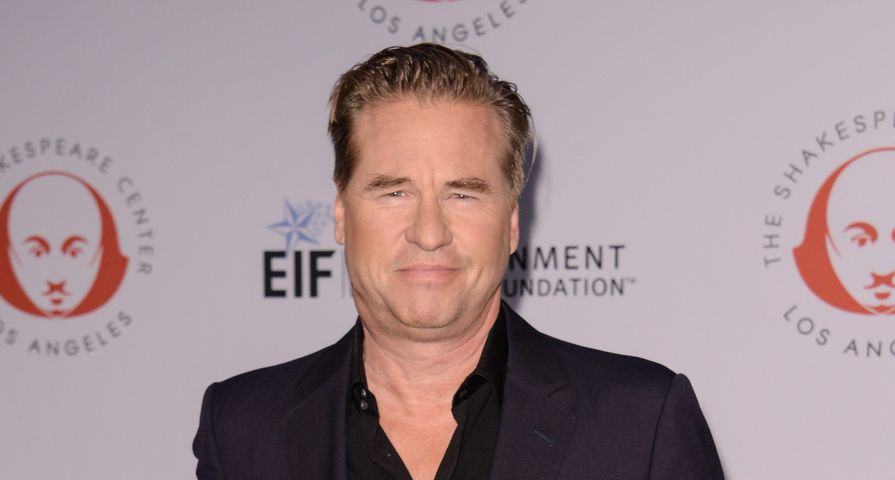 In a new interview with The Hollywood Reporter, actor Val Kilmer was joined by his two children Mercedes, 26, and Jack, 22 as the trio opened up about Kilmer’s battle with throat cancer.

Fans will remember that back in November of 2016, actor Michael Douglas claimed that Kilmer was battling cancer, but Kilmer was quick to deny it which started a flurry of confusion about the actor’s health.

Eventually, Kilmer commented on Douglas’ claims when he said on Reddit, “(Douglas) was probably trying to help me ’cause press probably asked where I was these days and I did have a healing of cancer, but my tongue is still swollen altho (sic) healing all the time,” he wrote. “Because I don’t sound my normal self yet people think I may still be under the weather.”

In his interview with THR, Kilmer revealed his daughter Mercedes was in a scary accident that left her with a scar down her leg. “We were in the same hospital at the same time,” she recalls. Adds her brother Jack, “I was just, you know, miserable, distraught, sitting next to these two.” Val, a Christian Scientist, says his faith helped him get through those ordeals, and he has undergone chemotherapy to combat the disease.

Now, in recovery, the Top Gun star has stated he is also working on his mental health and not letting the pressures of fame and “success” dictate his life. “I was too serious,” he admits of his movie-star moment. “I’d get upset when things like Oscars and recognition failed to come my way.” Was an Oscar something he always wanted? “I would like to have more Oscars than anybody,” he says. “Meryl Streep must feel pretty good, you know? It must feel nice to know that everyone loves her. It’s about being loved.”