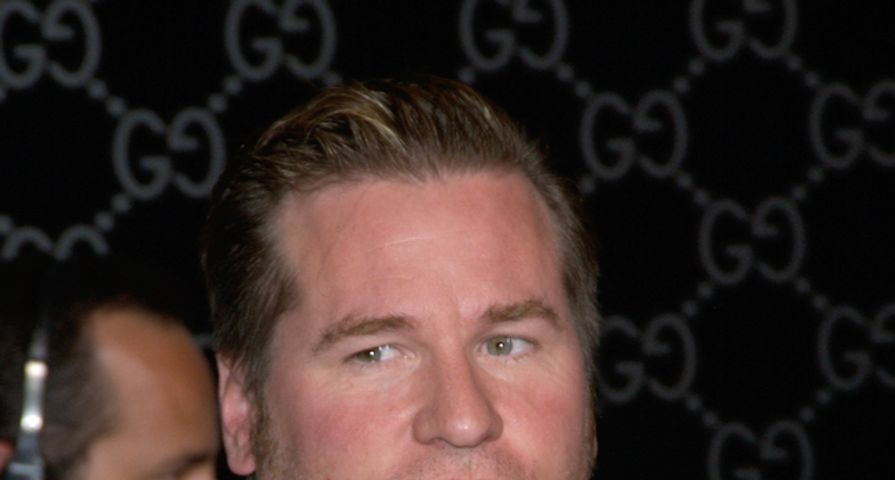 Goodness. Who knew that Val Kilmer was a member of a Christian Science gathering? Well, perhaps he’s not a member of a gathering, but he does ascribe to the doctrine of the fringe denomination.

According to friends and family, he takes some of the teachings so literal, that he refused to see a doctor when a tumor in his neck began to grow to frightening proportions. He even began to go everywhere wearing a scarf, and suffering through physical limitations because it began to constrict his airflow. For some of the hardest of the hard-core Christian-Science folks, prayer is the only path to healing.

But let’s be honest, here. Even being literal… that would suggest that they’re digging deep into all things biblical, and would see that contemporary, American lifestyle would only lead to a life full of disease and physical detriment.

Their doctrine should include serious dedication to fasting, basically preach that all should be vegetarian for optimal health an also rely on a lot of other lifestyle changes, again, if based on the scriptures. Alas, the belief system is based on one eisegetical interpretation of a particular scripture, which is removed from its context… But, I’m digressing, and could go on and on… and on.

Regarding poor Val. Last Monday–when the story initially broke–he had no choice but to surrender to medical care, which ultimately saved his life. At this point, he was struggling to breathe, and the tumor was going to kill him. He was rushed to UCLA Medical Center, where he immediately underwent an invasive surgical procedure to remove the tumor.

His friends and family have stated that he wouldn’t admit to any pain, because it would be an admission that his prayers failed. And he allegedly dismissed people from his life who persisted he seek medical treatment.

I wonder if Val realizes that the apostle Luke was a doctor?