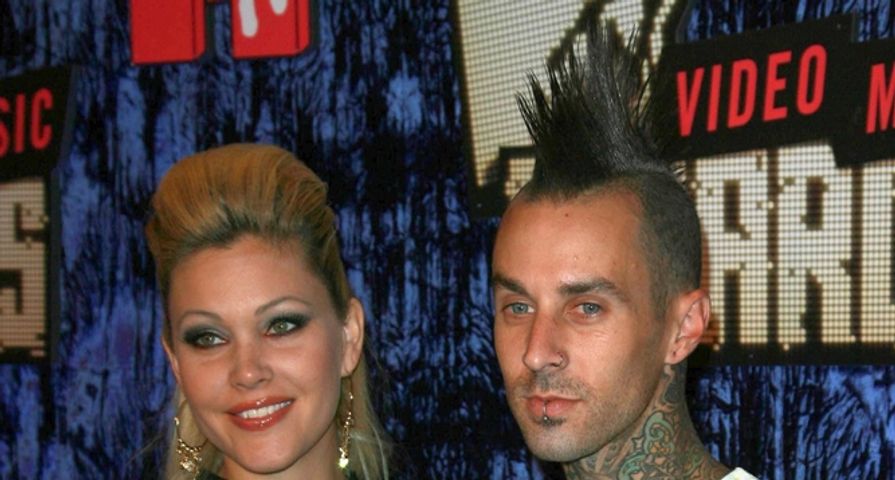 Famed Blink-182 drummer Travis Barker and wife Shanna Moakler were both arrested last month according to reports from TMZ.

Apparently the two, who are divorced, were handcuffed and taken to the police station near their L.A. home on December 7 for making death threats to each other.

The two, who very clearly do not like each other, still live under the same roof even though they are divorced with their two children and Shanna called the police after Barker stated, “If I could, I’d put a bullet in your head,” and he told the police that she then threatened to have her boyfriend come and beat him up.

Moakler continued to explain to the police how bad their relationship has gotten claiming that Barker states things like, “F–k you bitch,” and calls her “a cigarette smoking, coke-snorting bitch.”

While apparently neither one will be charged, the atmosphere in which their children are living prompted the police to contact the L.A. County Department of Children and Family Services who will be investigating.

Barker and Moakler were married in October 2004 but Barker filed for divorce in 2003 before the two decided to leave their divorce pending and work on their relationship.

The divorce was finalized in 2008 but they attempted one more time to rekindle their romance in 2009 but announced they were once again not together in April of that year after police were called to their home after a fight.

Moakler claims Barker’s extreme behavior began after he survived a tragic plane crash in 2008 which has continually haunted him after he was one of only two survivors.