Tracy Morgan Had A Humorous And Emotional Return To SNL 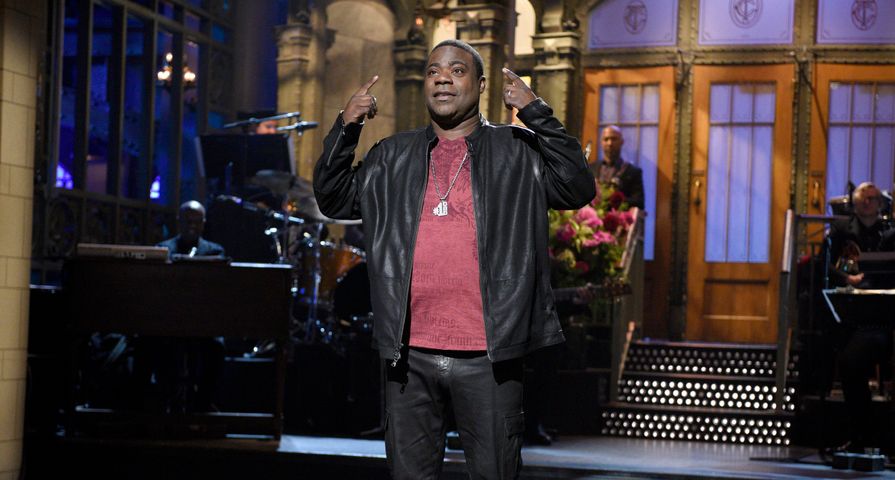 On Saturday, October 17. comedian Tracy Morgan returned to the Saturday Night Live stage for the first time since he suffered very severe injuries in a June 2014 accident, which left one dead.

The return has been highly anticipated and Morgan jumped right into the comedy, not wasting time to mourn about time lost. “People are wondering, ‘Can he speak? Does he have 100 percent mental capacity?’ But the truth is, I never did! I might actually be a few points higher now,” he joked after going through extensive therapy following the accident, which left him with brain damage among other injuries.

He did mention the crash however, continuing with, “I’m back. It feels so good to be here. If you didn’t see me on the news, I was in a terrible car crash a year ago. It was awful. But it also showed me how much love and support I have in this world.”

He then set up a sketch which he claimed as “prophetic” showing a moment from a 30 Rock episode where his character nearly died and then was joined by many of his former 30 Rock costars as the crowd went wild. Tina Fey, Alec Baldwin, Jane Krakowski, and Jack McBrayer all joined Morgan and they enjoyed a sentimental moment with Fey stating, “I just want to say one last thing, Tracy, from the heart and this part is no joke. We’re so happy that you’re okay and we’re happier that you’re ready to make people laugh again.”