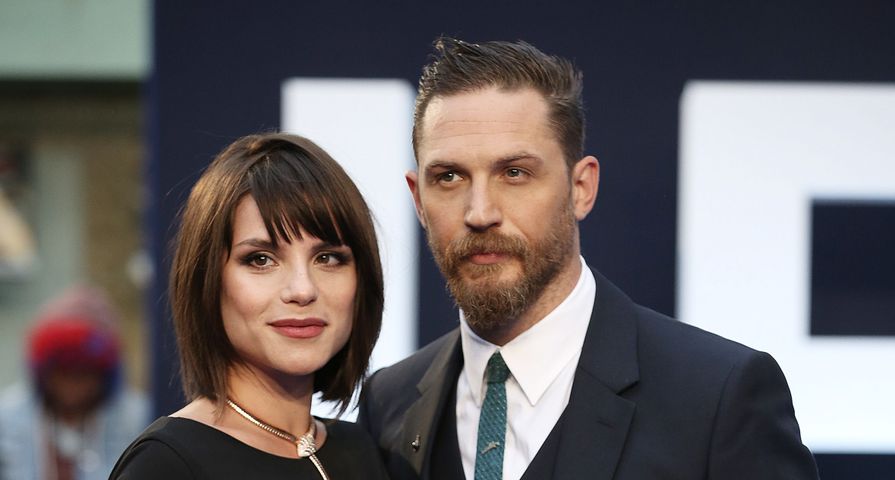 The Mad Max star is going to be “Dad Max” once again after the 37-year-old actor and his wife Charlotte Riley were spotted debuting her baby bump on the red carpet on Thursday September 3. The two were on hand for the premiere of his newest film, Legend, posing for pictures while he kissed her sweetly on the cheek.

While this will be the first child for the two who were married in July 2014, it will be the second child for Hardy who has a seven-year-old son, Louis, from a previous relationship with Rachel Speed.

This past May, Riley gushed about her husband saying, “I just love him however he comes. He’s great around the house. We do designated things. I love recycling. He’s good at making the bed. It works brilliantly.”

Hardy also made headlines earlier this year when he opened up about his severe drug addiction, getting clean and of course the impact of being a father. “I was healthy and already had a lot of s–t behind me, rehab and all that, but I didn’t have an anchor. A child is an anchor. And it gets heavy. Is your son going to be a reflection of you? Fear of becoming your father. And the fear of not becoming your father. All these conversations which were nice to think about and hypothesize about before are now immediately connected. You can’t un-have a son.”