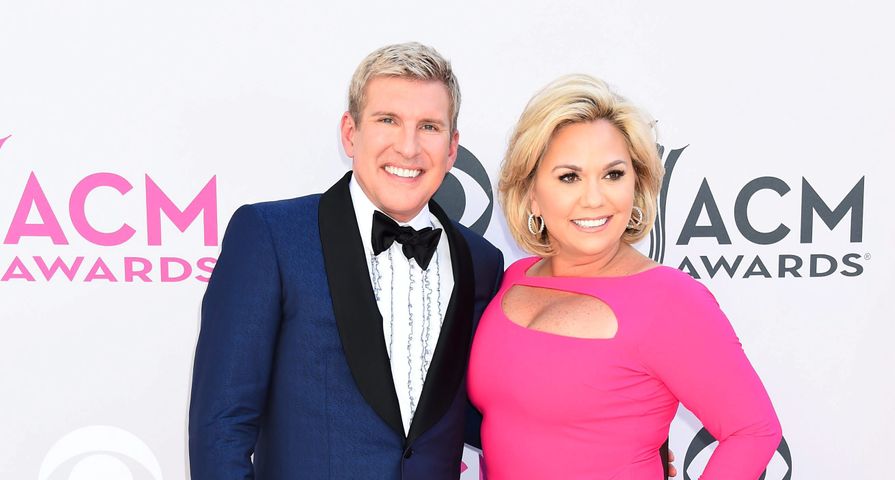 Drama is brewing yet again in the Chrisley family!

After Todd Chrisley and his wife Julie of the Chrisley Knows Best family were indicted on charges of tax evasion, Todd is now being accused of attempting extortion by his eldest daughter, Lindsie, whom he is now estranged from. Meanwhile Lindsie’s eldest brother Chase has accused Lindsie of being the one who turned their parents into authorities.

According to reports from TMZ, Lindsie alleged that her father and brother, harassed and threatened over a reported sex tape. The report was filed on July 16 in Georgia and in the documents Lindsie claims that her father and brother “wanted her to lie about an incident and if she refused to do so, they were going to release the sex tape involving her.” She also claimed that her brother said he had purchased the sex tape and said “there is an ongoing issue with her family threatening and harassing her.

On Thursday, August 15, Chase Chrisley denied his sister’s allegations stating, “I love my sister and I don’t understand why she’s doing this to our family. Not only am I heartbroken over these false allegations by my sister — and they are totally false — but so are my parents and the rest of our family.”

Additionally, Todd also denied his estranged daughter’s extortion claims and then went as far as to say that she had affairs with Bachelor Nation stars Robby Hayes and Josh Murray.

“It’s heartbreaking and shameful that these kinds of accusations have to be aired in public. We have tried to keep Lindsie’s extramarital relationships with Robby Hayes and Josh Murray private for her sake since August of 2016,” he said in a statement obtained by PEOPLE.

“Sadly, for reasons we can only guess at, she ran to the sheriff’s office to accuse her brother of buying a sex tape of her and Robby, which was a complete lie, and now she’s telling more lies about me,” Todd continued. “Although our hearts are broken, Lindsie is our daughter and we will always love her.”

Lindsie responded to Todd’s claims through a statement via her attorney, saying, “Lindsie would like nothing more than to be left alone and go about her own business.”

“Unfortunately, certain members of her family will not let her live in peace. We are flabbergasted at the audacity of Todd and Chase Chrisley, who are more focused on attacking my client rather than defending themselves against the allegations of criminal conduct,” the statement continued. “While it is not necessary to detail their repugnant actions, it is important to note that the allegations are of serious crimes against Lindsie. Lindsie has made a complaint of their acts to law enforcement, and she will provide them whatever they need in the course of their investigation into her family’s actions. Lindsie prays for a just outcome so that she can go forward with her life safe from those who are looking to do her harm.”

Lindsie married her husband Will Campbell in 2012, but in 2016 the pair announced that they had split before they revealed in 2018 that they had reconciled and did not go through with the divorce.

Murray, who won Andi Dorfman’s season of The Bachelorette in 2014, spoke out about the allegations of their alleged affair, saying, “Lindsie and I have been friends for years.”

“I know Todd and his family are going through some tough times right now and I pray everything works out in their favor,” he continued. “They should probably focus on how not to be imprisoned for 30 years rather than spreading gossip to try and hurt their daughter. I truly believe they are good people and I wish them the best in however they choose to go about their actions.”