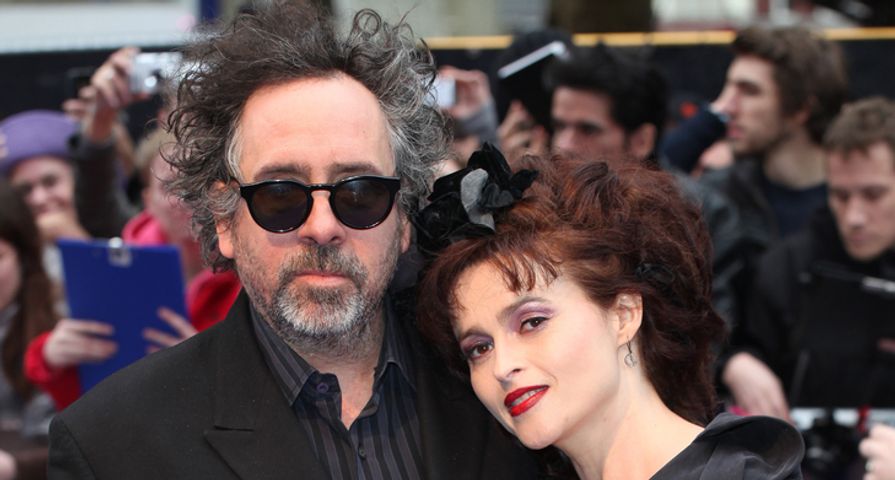 In the middle of the holiday season longtime partners, actress Helena Bonham Carter, 48, and legendary director Tim Burton, 56, have announced their separation.

A rep for Carter told People magazine, “[They] separated amicably earlier this year and have continued to be friends and co-parent their children. We would ask that you respect their privacy and that of their children during this time.”

The pair have been together for 13 years after first meeting on the set of 2001’s Planet of the Apes and since then have teamed up on numerous projects along with Burton’s longtime friend Johnny Depp such as Charlie and the Chocolate Factory, Sweeney Todd: The Demon Barber of Fleet Street, Alice in Wonderland and Dark Shadows.

Although they never married the two share two children together, Billy, 11, and Nell, 7.

While the separation is a surprise after such a long love story, there were telling signs (aside from no marriage) that seemed to indicate neither were fully committed to a forever type romance.

While together the two were known to live in separate but adjoining houses. “We just have two houses knocked together because mine was too small. We see as much of each other as any couple, but our relationship is enhanced by knowing we have our personal space to retreat to. It’s not enforced initmacy. It’s chosen, which is quite flattering,” Carter once stated.

Maybe the late night visits have dwindled but living separately should make the split that much easier and they will join a growing list of celebrity couples who have split but remained very friendly, such as Gwyneth Paltrow and Chris Martin who have houses across the street from each other for the children.

Also Check Out: 5 Celebrities Who Don’t Share A Bedroom