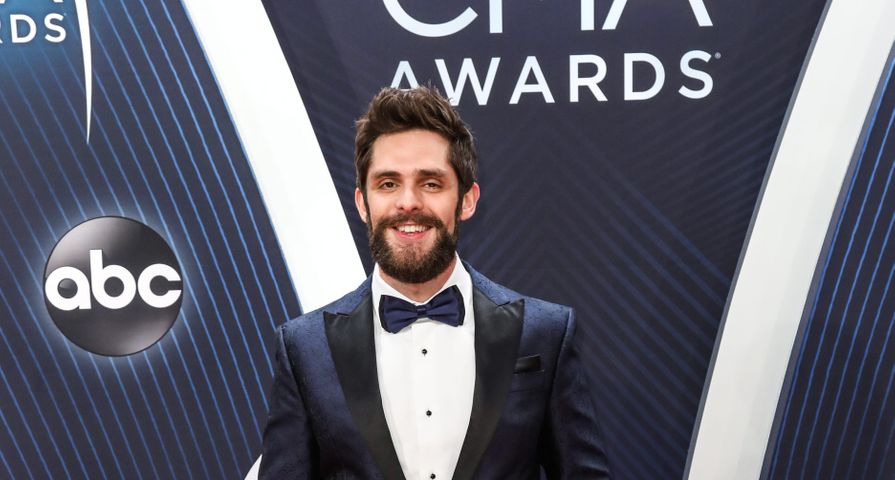 Thomas Rhett and his daughters, 4-year-old Willa Gray and 2-year-old Ada James, joined the country star to sing “Do You Want to Build a Snowman” from Frozen for The Disney Family Singalong special on Thursday, April 16, which also featured performances from other celebrities like Ariana Grande, Beyoncé, Christina Aguilera, and the High School Musical cast.

Willa and Ada dressed up as Princesses Elsa and Anna for their performance, and the trio sang from their front porch while tossing confetti around to mimic snow.

It’s no secret that the country star and his family love Disney. For Halloween last year, they dressed up as characters from The Little Mermaid, with Rhett dressed up as Prince Eric and Willia as Ariel.

“Had to get that kiss on the cheek from Ariel 😂🙌🏼” he captioned a photo of the duo on Instagram at the time. The singer also shared photos of Ada as Flounder and his wife Lauren Akins as Ursula.

“It was such a joy to watch this little angel be brought into the world,” Rhett shared on Instagram. “My wife is just incredible through the entire birth🙌🏼”

He also said that watching Willa and Ada meet the newborn for the first time “was probably the sweetest thing I’ve ever seen in my whole life!”

“Ada James and Willa Gray are going to be the best big sisters on the planet,” he added. “The Lord is so good and I’m so grateful for my beautiful growing family!! Y’all pray for us as we switch from man on man defense to zone👍”