Home » Trending News » The Voice Season 11 Finale: Who Won It All?

The Voice Season 11 Finale: Who Won It All? 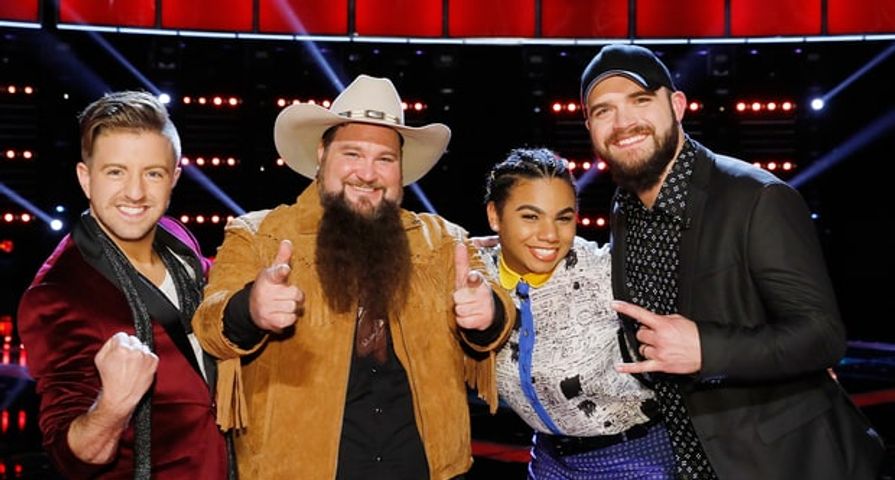 NBC’s hit singing competition The Voice has now named another winner! The end of season 11 came down to Billy Gilman, Sundance Head, Josh Gallagher, and We McDonald, but only one could be the actual champion. Warning, spoilers ahead!

As audiences know, new coach Miley Cyrus was the only one out of the four coaches who didn’t have a team member in the finals, but it didn’t matter as the longtime favorite of the season came out on top. Team Blake Shelton’s Sundance Head was named the winner, but ahead of the big announcement, the night was filled with big stars such as Ariana Grande, Stevie Wonder, Kelly Clarkson, Bruno Mars, The Weeknd, and KISS.

After his big win, Sundance Head stated, “The show changed me. One thing it did teach me was how much I love and respect my wife and also my family, and how much they really mean to me. I mean, of course you love your kids, but I hadn’t been away from my children for four months before, and it was really hard, and it got really difficult up to, you know, even this week.” The 37-year-old continued, “So I’m just ready for this whole process to be over … and I’m ready to go spend some time with my family. I took all of December off, so we can just hang out and do whatever they want to do really. I’m really looking forward to that opportunity.”

Sundance’s win marks Blake Shelton’s fifth win as a coach on The Voice, and he along with girlfriend Gwen Stefan,i and Adam Levine and Alicia Keys have all been confirmed to come back for the show’s 12th season which begins in February. “We can’t wait to experience the unique chemistry and energy Gwen, Alicia, Blake, and Adam will bring to season 12,”NBC’s Paul Telegdy stated.