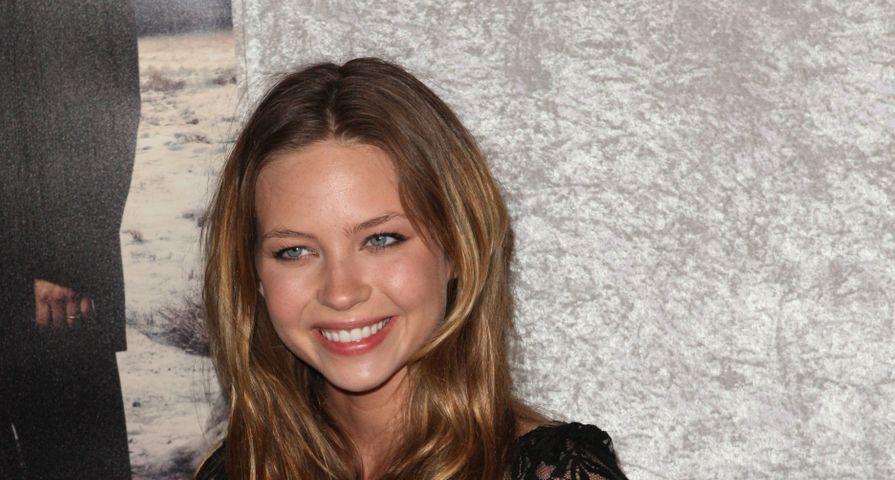 Can you believe The Ring was released almost 13 years ago?

I still remember snuggling into the seat of a movie theater in New York City to watch The Ring, and never thinking about horses the same way again… or blurry photographs for that matter. I shudder to think…

All those years later, have you ever wondered what happened to the girl who played the girl who haunted your dreams for weeks following the first time you watched the movie? Well, her hair is no longer stringy–nor was it ever to begin with–and she is 24 years old, and a true beauty.

She’s actress Daveigh Chase, and she’s probably stoked about all the publicity from the trending topic #thegirlfromthering.

For those who are really into movies from the surface scratch of the 21st century, Daveigh was also a principal character in the cult classic, Donnie Darko. She played little sister Samantha, member of the illustrious “Sparkle Motion.” She also went on to play the titular character of Samantha in the not-very-good sequel, S. Darko.

And for those of you who absolutely love Disney animation, she was the voice of Lilo in the Lilo & Stitch series.

It’s not that she was ever an unknown entity, because she has been working like crazy since playing Samara Morgan in The Ring, including a long stint on the HBO series, Big Love. It was more a mix of “Wait, that is the girl from The Ring?”

Something tells me that all of this “girl from the ring” publicity is going to result in a few more paydays for Daveigh. Good for her.

Wanna see more? Of course, you do! Check out the video below.