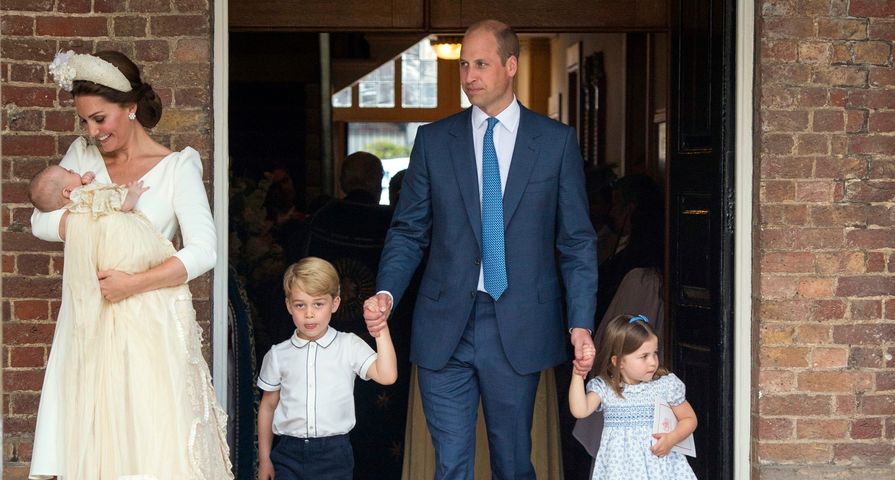 Rare Pics Of Diana, Kate & Meghan Before They Were Royals
Dominic Lipinski/Pool Photo via AP

For the first time since his birth on April 23, 2018, Prince Louis was seen with both his parents Prince William and Kate Middleton, and his siblings Prince George and Princess Charlotte for his christening.

The christening took place on Monday, July 9 in a private ceremony in the Chapel Royal at St. James’s Palace and as is commonplace for the royal family, followed all of the traditions and protocols for a royal christening.

Ahead of the event, Kensington Palace released a statement identifying that the royal family members in attendance would be Prince Louis’ paternal grandfather and his wife, The Prince of Wales and The Duchess of Cornwall who are Prince Charles and Camilla Parker-Bowles, as well as his maternal grandparents Mr. and Mrs. Michael Middleton, his aunt Pippa and her husband James Matthews, his uncle James Middleton, and of course his uncle and new aunt, the Duke and Duchess of Sussex (Prince Harry and Meghan Markle).

The announcement form the palace also revealed that Prince Louis had been given six godparents, “all of whom are friends or family of Their Royal Highnesses,” which includes: Mr. Nicolas van Cutsem, Mr. Guy Pelly, Mr. Harry Aubrey-Fletcher, The Lady Laura Meade, Mrs. Robert Carter, and Miss Lucy Middleton.

Of course, it was quickly noticed that both Queen Elizabeth II and Prince Philip would not be attending the christening and despite recent health issues for both the monarch and her husband, BBC reported that “the decision was taken by the Queen and the Duke and Duchess of Cambridge ‘some time ago’ and it is not due to health reasons.” 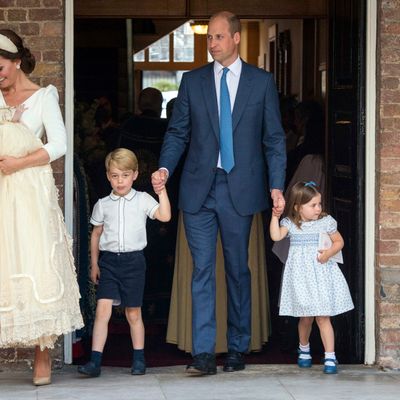