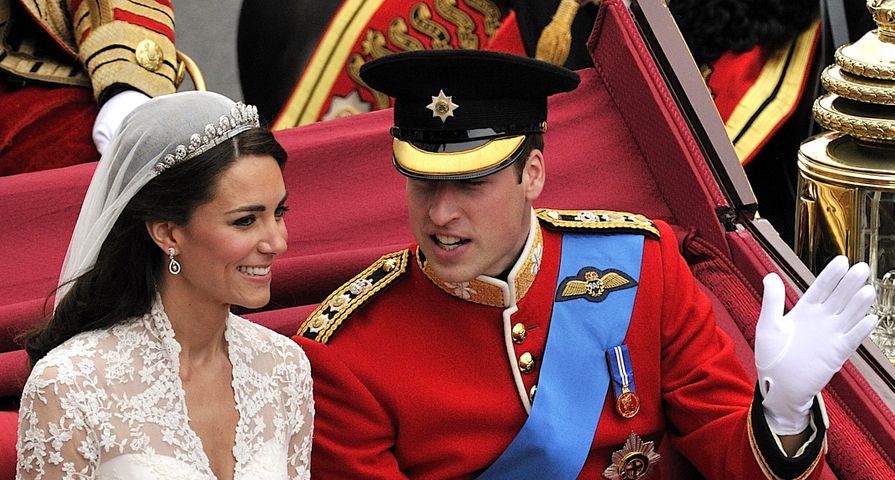 Kate Middleton and Prince William’s 2011 wedding was undeniably one of the most anticipated and iconic royal weddings of all time. The lavish, televised event on April 29, 2011, had an audience of tens of millions watching, whether it be as one of their 2,000 guests, from YouTube live streams or on worldwide television programs. The glamorous occasion was a public holiday in the United Kingdom and the entire event reportedly cost nearly $34 million to pull off, most of which was for security purposes! Although the event was highly successful and one of the most elegant royal ceremonies to date, that’s not to say that there weren’t a few mishaps along the way as well. Follow along for 12 things you didn’t know went wrong at Kate Middleton and Prince William’s royal wedding:

12. Wedding guest David Beckham made an error in royal protocol

Power couple David Beckham and Victoria Beckham were invited to attend the royal wedding by the soon-to-be Duke and Duchess of Cambridge! Although the duo looked ultra stylish and chic as per usual, David Beckham was spotted on camera making a royal error that he later realized and fixed! Beckham was wearing his Order of the British Empire (OBE) medal on the wrong side of his lapel when he arrived at the royal wedding. It was evident he later realized his mistake when he emerged from the church following the nuptials with his medal adjusted on the proper left side.

11. Dress designer Sarah Burton was spotted in disguise before the ceremony

Kate Middleton made jaws drop worldwide when she stepped out in her lace Alexander McQueen gown. The dress was kept under top-secret conditions and the designer, Sarah Burton, was forced into signing a confidentiality agreement to keep the project under wraps. The press had a hunch that Burton was the designer; however, Burton blatantly denied the accusations on multiple occasions. Unfortunately, the day before the wedding Burton was spotted entering The Goring Hotel, which was the location Middleton was staying. Despite her attempts at hiding behind a furry hat and doing everything possible to avoid being identified, Burton was recognized by her signature silver-studded belt and ballet flats.

One of the most memorable photos from the royal wedding is Prince William and Kate driving their vintage sports car following the magical ceremony. Unfortunately, despite the happy smiles on their faces in these photos, it was revealed following the wedding that the heirloom sports car actually suffered a mechanical malfunction. While Prince William drove from the wedding reception at Buckingham Palace to Clarence House, he forgot to release the handbrake which caused the car’s engine to groan loudly. Luckily, the incident wasn’t noticed because the loud cheers from the crowds muffled the sound. 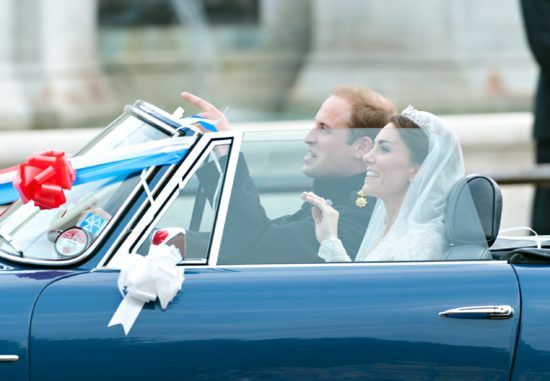 Before heading off to the church for the highly anticipated ceremony, Prince William was admittedly “terrified.” William got ready in the company of his brother, Prince Harry, and allegedly William required some time to compose himself and calm his fears. With an audience of millions of people, can we really blame him? A former royal editor dished the details of attending the event with ELLE UK. “We were sat near there so they [Prince William and Prince Harry] both walked straight past us and William looked absolutely terrified. They came out afterward and gave a deep breath.” 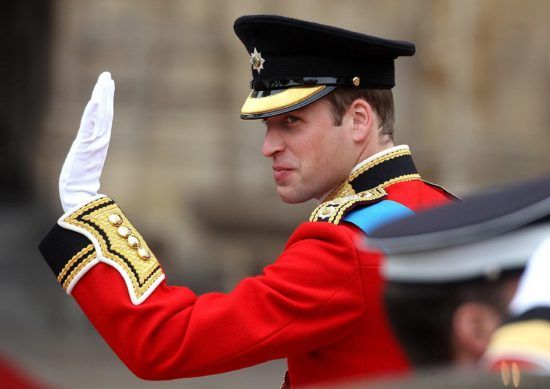 8. Pippa Middleton’s dress stole the spotlight while Kate walked down the aisle

Kate Middleton obviously wowed the crowds with her absolutely stunning Alexander McQueen number, but quite a few fashionistas also had an eye on her sister Pippa’s gorgeous gown! Many media outlets even admitted that Pippa stole the show with her slinky number as she trailed gracefully behind her older sister. The white cowl neck garment featured youthful cap sleeves, dainty button details lining the back of the dress and a slim fit that showed off her slender figure flawlessly!

7. Prince Harry had to calm down one of Kate’s bridesmaids in the carriage ride

Kate Middleton obviously had some really young bridesmaids, which definitely came with a risk or two! The youngsters proved to cause a few mishaps throughout the lavish event and one, in particular, was when Prince Harry had to calm down Eliza Lopez in the carriage ride on the way to the ceremony. To calm her down, Prince Harry brought out a red wiggly worm to distract her and keep her occupied. “I was so worried about Eliza. She is such a lovely little thing and looked so gorgeous in her dress but it was a very big occasion for a child of her age,” said mother Camilla, Duchess of Cornwall, of Eliza. 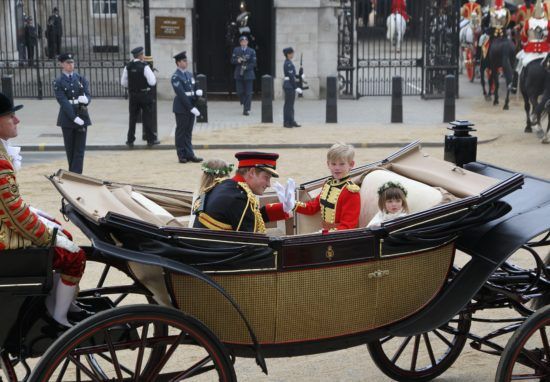 It seems that the red wiggly worm toy Prince Harry brought out to distract Eliza was such a hit that the youngster even used it to photobomb the official royal wedding portrait. Upon further inspection, it becomes apparent that Eliza is holding the toy in one hand blatantly during the photoshoot! “Harry pulled this wiggly worm out of his pocket in the carriage to keep them amused… Can you believe it? She was holding onto my finger but in her other hand was this worm,” said Camilla, Duchess of Cornwall, of her granddaughter Eliza’s adorable antics during the photo. 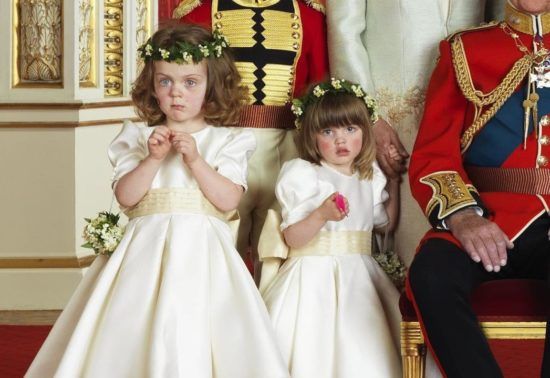 During the ITV1 documentary, Prince William admitted he tore up the original guest list that was given to him and surprisingly, it was as per the request of the Queen! “There was very much a subdued moment when I was handed a list with 777 names on – not one person I knew or Catherine knew,” he recalled in the documentary. “I went to her [the Queen] and said: ‘Listen, I’ve got this list, not one person I know. What do I do?’ and she went: ‘Get rid of it. Start with your friends and then we’ll add those we need to in due course. It’s your day.'” 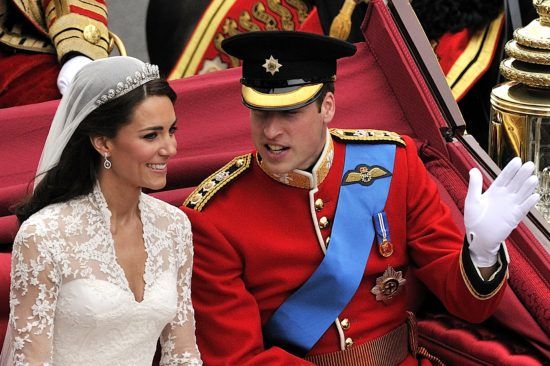 The royal balcony kiss became iconic after Lady Diana and Prince Charles smooched in the exact same location during their own royal ceremony! Following in their predecessors’ footsteps, Kate Middleton and Prince William made the crowds roar when they kissed on the balcony in 2011. Unfortunately, one bridesmaid was not as impressed as the crowds were and looked quite upset during the iconic moment! Grace van Cutsem, who was only three at the time, can be seen photobombing and covering her ears due to being overwhelmed by the noisy crowds. 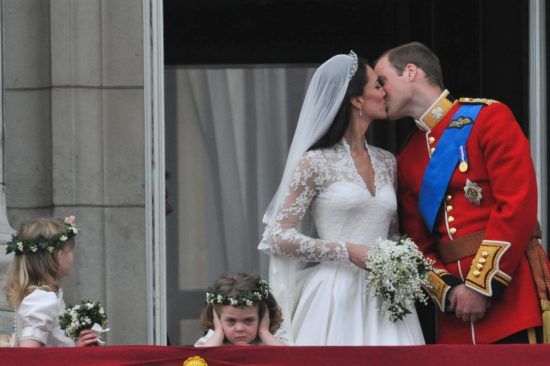 3. Prince William barely slept the night before the wedding

With an audience of millions waiting for your arrival, a little lack of sleep is definitely to be expected! Prince William, however, was completely sleep deprived the day of the wedding and admitted to sleeping hardly half an hour due to his anxiety and the screaming crowds keeping him awake all night. “They were singing and cheering all night long, so the excitement of that, the nervousness of me and everyone singing—I slept for about half an hour,” William admitted following the event. 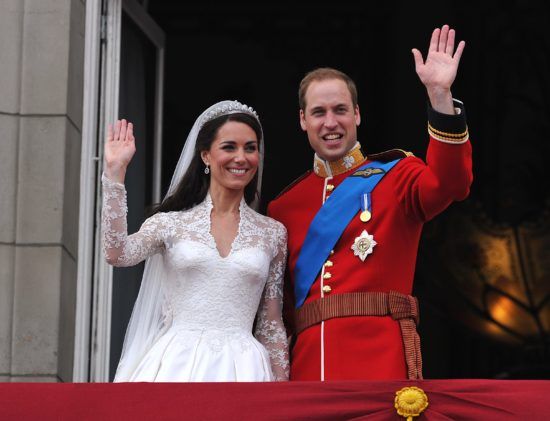 Following the ceremony, a procession left the church to present the newlyweds to the spectators and was nearly interrupted by an unexpected circumstance! One of the horses in the procession was overwhelmed by the crowds and threw its rider off before bolting past Kate and William in their carriage as they made their way to Buckingham Palace. The dismounted rider immediately grabbed the horse by the reins and attempted to stop the fiasco, but the horse was too quick. Luckily, the horse was eventually stopped by security and no one was hurt among the chaos. 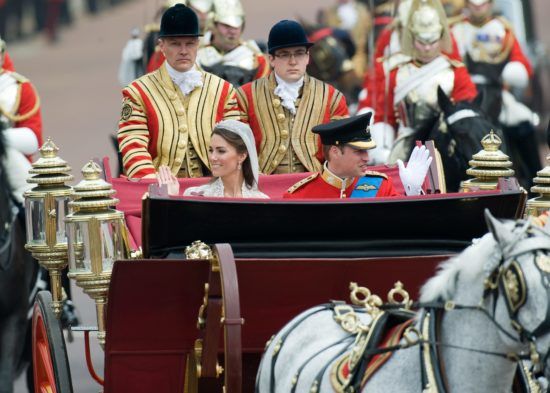 Prince William chose not to receive a wedding ring on the big day, but Kate still received hers. After the two exchanged vows, William went to slide the ring on Kate’s finger but got stuck at her knuckles for a few moments. Allegedly Kate had the ring resized due to weight loss which may have caused the problem. “She had her engagement ring resized because she’d lost weight and didn’t want the same problem with her wedding ring slipping off. It has now become a subject of amusement to her and William,” the DailyMail shared. 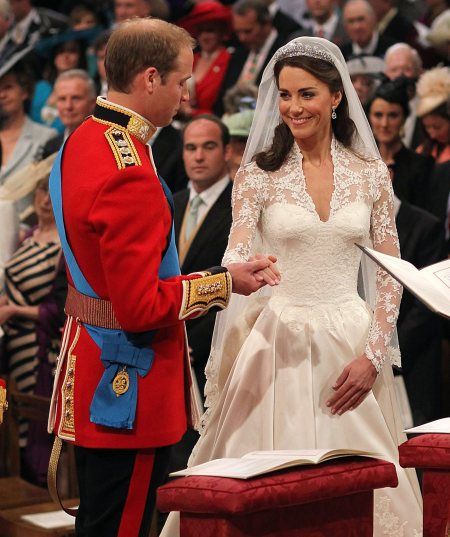 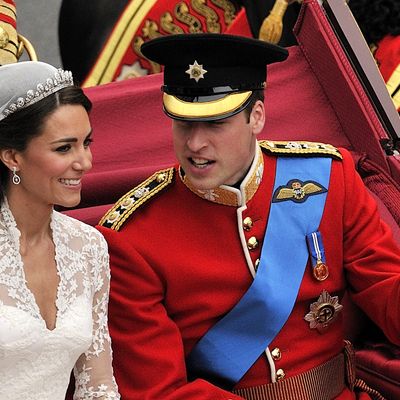