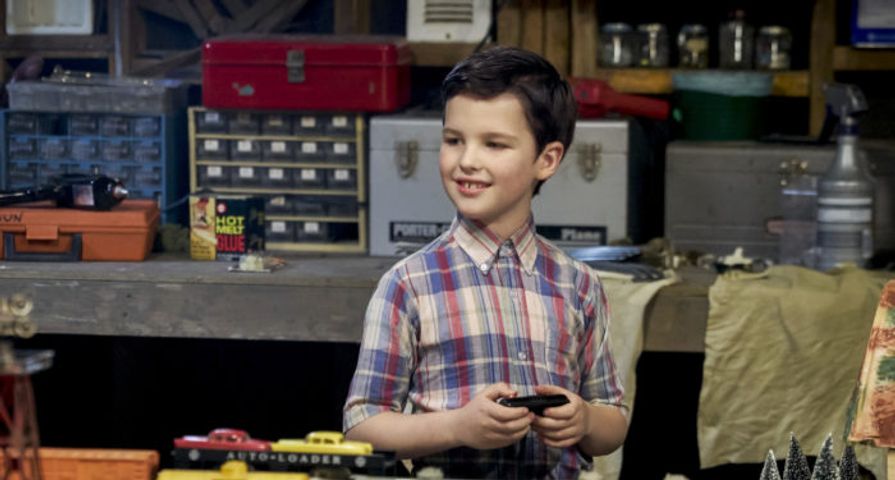 On Wednesday, May 17, CBS released the very first trailer for Young Sheldon after only finally confirming the series will be happening back in March. As revealed by the title, the spinoff will portray Sheldon Cooper’s life as a young genius living with his family in East Texas long before he meets the rest of The Big Bang Theory gang.

Iain Armitage landed the role of 9-year-old Sheldon played by Jim Parsons in the original series and the trailer shows how hard it is for the young wunderkind in a part of America where the most valued things are church and football.

The trailer also gives the first look of Jim Parsons as the narrator who opens talking about his love for trains and then pans to dinner with the Coopers where it is revealed Sheldon will be starting ninth grade with his older brother.

It also shares a more emotional moment when Sheldon’s father tells him why they had to move to East Texas and Sheldon shares a moment with his father.

Along with the first look trailer, CBS has also announced that the series will be airing on Thursdays at 8:30 this fall, right behind The Big Bang Theory which will air from 8 to 8:30.

Check out the first Young Sheldon trailer below: