MTV announced on Monday that they had cut ties with The Challenge‘s Dee Nguyen after the remarks she made about the Black Lives Matter movement. Nguyen has addressed MTV’s decision and her remarks alongside a more formal apology.

“I want to sincerely apologize to my fellow cast members, the production crew at Bunin-Murray and the staff at MTV for my choice of words and actions in the most recent events. What was stated wasn’t meant to be hurtful or discriminatory in any matter. It was a knee jerk of a reaction and it’s certainly not the way that I feel nor what I meant,” she said in a statement to PEOPLE.

“I would love to take it back. But it is out there and to set to record straight. Racial intolerance is intolerable and unacceptable,” she continued.

“Having had to deal with racism my entire life, ironically through all this, there is a warm feeling I have with the fact that humans are standing together to call out unacceptable comments and behaviors that in the past were rarely called on. Again, we are shown that you can be judged in a second on all social media platforms.”

The controversy surrounded a since-deleted tweet that Nguyen shared over the weekend. “IDK why some of you think I’m anti-BLM. I’ve been saying that since the day I lost my virginity,” she said at the time.

The comment received immediate backlash from fans with one tweeting, “THIS IS NOT HOW YOU SUPPORT BLM. I’m disgusted and disappointed. THIS IS NOT A TREND. THIS IS LIFE OR DEATH FOR US,” Dayton tweeted. “Posting for clout about the death of black people? Shame on you @deenguyenMTV.”

MTV responded quickly and made the call to cut ties with Nguyen. They shared a statement, “As a result of Dee Nguyen’s offensive comments on the Black Lives Matter movement, we have severed ties with her. Out of respect for our Challengers, we’ll air our season as planned. We strongly condemn systemic racism and stand with those raising their voices against injustice.” 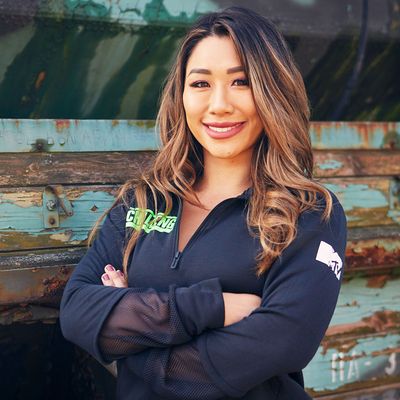