Home » Trending News » The Big, Surprising Kiss Of The Emmys

The Big, Surprising Kiss Of The Emmys 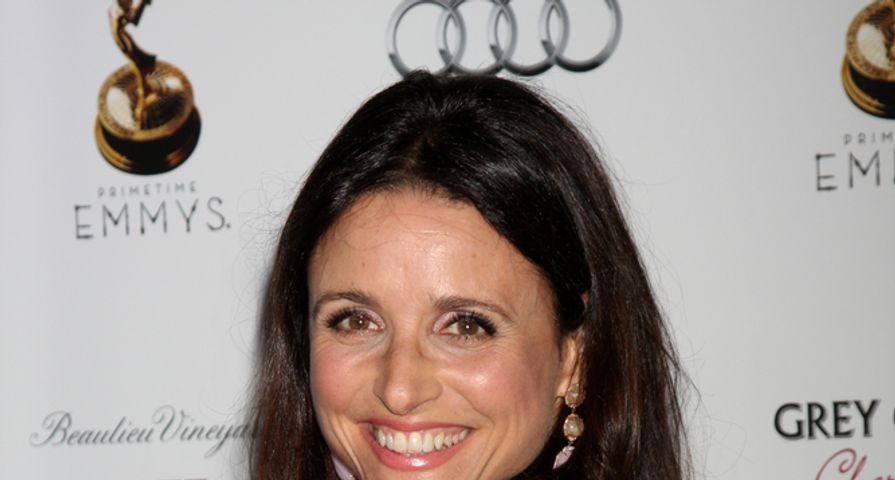 The 2014 Emmy awards were an enjoyable if predictable affair — except for one big kiss!

When Breaking Bad star Bryan Cranston and Veep star Julia Louis-Dreyfus took the stage to present the award for Best Actor in a Comedy Series, Julia remarked that Bryan looked like someone she had kissed on Seinfeld.

In fact, Bryan did play Tim Whatley way back then — and they even shared a kissing scene. “That, uh, was me,” Bryan said. But Julia maintained that she would remember.

A few moments later, when Julia won the award for Best Actress in a Comedy Series, Bryan intercepted her on the way to the stage and planted a huge kiss on her. They kept making out until Jimmy Fallon pulled them away from each other.

When she reached the stage, she looked out at the crowd in a romantic daze and said, “Yeah, he was on Seinfeld,” earning some of the biggest laughs of the night. She later told press that she had run the stunt idea by her husband and that Bryan had also asked his wife. We’re glad they were so easygoing about it!

Julia is the most-nominated comedy actress in Emmy history, having beat out Lucille Ball last year. She’s also the only woman to win Emmys for three different shows (Seinfeld, The New Adventures of Old Christine and Veep).

Meanwhile, her kissing partner got lucky again when he took him the prize for Best Actor in a Drama for the last season of Breaking Bad.