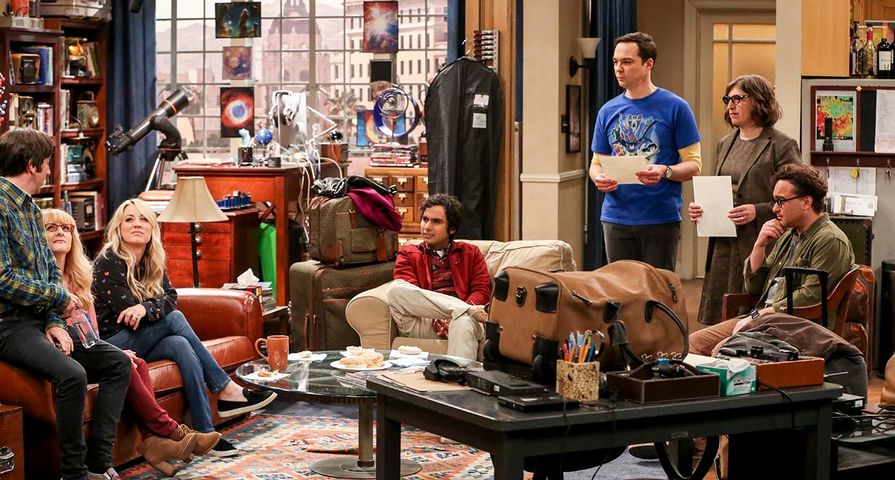 On Thursday, May 16, The Big Bang Theory came to an emotional end after 12 incredible seasons as TV’s highest rated comedy.

The series finale was split into two parts as the beloved characters said goodbye while delivering lots of emotions and dropping a big announcement. Warning: spoilers ahead!

The finale was split into two episodes: “The Change Constant” and “The Stockholm Syndrome” and one of the biggest revelations that fans definitely saw coming was that the elevator was finally back in business!

Of course, the biggest news of the finale was that Leonard and Penny are expecting! Fans also expected this to happen, but it was a very happy moment for the two beloved characters.

Another major highlight was Sheldon and Amy finding out they had the Nobel Prize for physics which meant the whole gang got to travel to Sweden to support their pair as they accept their award. Unfortunately, things took a turn when Sheldon’s self-centered attitude started to ruin it for everyone.

After both Leonard and Amy called Sheldon out for his attitude, he ended up giving a very sentimental and heartwarming speech to his friends and wife.

“I have a very long and somewhat self-centered speech, but I’d like to set it aside,” said Sheldon during his Nobel Prize acceptance speech. “This honor doesn’t just belong to me. I wouldn’t be up here if it weren’t some very important people in my life.” He then thanked his family and added, “My other family who I’m so happy to have here with us … is that Buffy the Vampire Slayer?” (Referring to Sarah Michelle Gellar who Raj swore he was sitting next to on the plane).

“I have been encouraged, sustained, inspired, and tolerated not only by my wife, but by the greater group of friends anyone ever had,” Sheldon continued. “I apologize if I haven’t been the friend you deserve but I want you to know, in my way, I love you all.”

Finally, fans actually got to meet Bernadette and Howard’s children as Halley and Michael were seen for the very first time.