“It’s becoming more real, the separation, which you know, is, you know, obviously turning into a divorce. Just got the paperwork, not too long ago,” Randone told Us Weekly.

“It’s a crazy process, even though I’m still legally married, you know, it’s, it’s something that is a memory now. But here’s the interesting thing. I look at this as like a moment of gratitude and I know that’s probably crazy for anyone to hear this, but you know, you always got to come from a place of love and compassion. There are just things in life that you can’t control.”

Randone and Nielson announced their split in February, which marked less than eight months since they exchanged vows in Mexico. The duo first began a relationship on the 2018 season of Bachelor In Paradise. Randone tweeted in February that he missed Nielson, however, he confirmed to Us Weekly that she’s “moved on” from their relationship.

“And I’ve accepted that, but more importantly, I’ve also looked at it as I’m grateful for those few years,” he said. “And like I said, now it’s time to focus on me. I think I had so much energy putting into the relationship that I abandoned myself. And so now, I’m making sure that I’m a priority and I’m going to be focusing on what’s going to help me become better moving forward.”

“And instead of being distracted with the outside world, like maybe, ‘Oh, I’m going to go out with the boys and I’m going to get drunk and I’m going to do this.’ I couldn’t do that. The only thing I could do was focus on me and my emotions. And so as time went by, like, I gained a different perspective. And so as much as I wanted to [reconcile] and the attempts that I made, at least I can move forward knowing that I did that.” 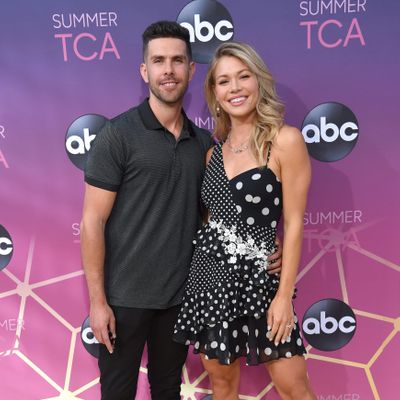