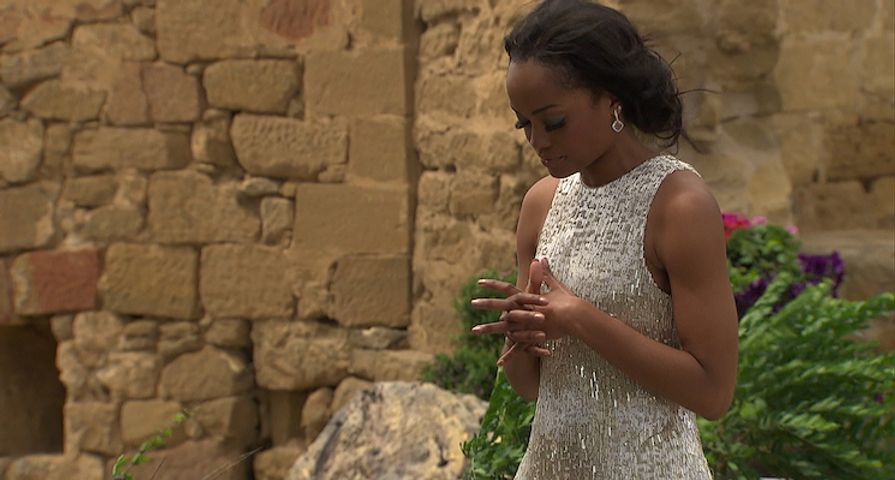 Soap Opera Characters Who Will Come Back To Life In 2021
www.earnthenecklace.com

Tonight was the night we have all been anxiously waiting for: The Bachelorette  season finale.  Rachel joined Chris on stage to offer live commentary which is the first time something like this has happened in Bachelorette history. Before the episode officially began we were given an update on Bachelor Juan Pablo. The man we never thought would find love is now married!

Rachel first addressed her relationship with Peter. When we last saw the couple together it was obvious that the two were struggling. Peter voiced to Rachel that he didn’t think he’d be ready to propose which left Rachel with a difficult decision to make. Rachel stated that the conversation largely resembled a previous long-term relationship that didn’t last well due to the two not willing to compromise. Acknowledging that the two had much to discuss regarding the direction of their relationship, Rachel gave Peter an invitation to the fantasy suite.

Then Rachel and Bryan went on a romantic one-on-one to a vineyard in Rioja, Spain. The first topic of conversation was the awkward home town date that happened last week. Despite the harsh interrogation Bryan had to go through with Rachel’s family, he stated that he still thought it went well and was happy to meet them. Bryan’s commentary on the date admitted that he felt Rachel was absent and while on stage with Chris, Rachel admitted Peter had really messed with her head. Rachel revealed that she had been so close to sending Peter home during their date that her decision had made her question where the other men stood in their relationship with her. After asking Rachel what had been distracting her, then confessing to her that he hopes for nothing less than a proposal, Bryan was offered an invitation to the fantasy suite and they seemed to be back to their normal lovey-dovey selves.

Next Rachel had to decide who the final two men would be. Bryan accepted the first rose, however the real struggle for Rachel was deciding between Eric and Peter. In the end, Peter accepted the second rose consequently sending Eric home. After briefly discussing how difficult it was for Rachel to make that decision, Eric was then brought onto the stage with Chris and Rachel. After a somewhat awkward hello, it was sweet watching the two interact with each other once more. Eric explained that his relationship with Rachel was the first time he has ever been in love and that it was a beautiful thing.

After a one-on-one with each of the final men, and 24 hours before the final rose ceremony Rachel was still just as confused as before. Bryan and Rachel seemed to be on the same page about everything, however it was Peter that caused complications. After their date, Peter admitted to Rachel that although he sees a future with her, and he doesn’t want her to leave his life, he didn’t think he’d be ready to propose by the next day. During a heated discussion about compromise where Peter stated that “we will both regret this decision” and something along the lines of “if you don’t chose me you chose a mediocre life”, Rachel uttered “I love you” through tears and chose to end their relationship. After watching the hard breakup on live television, Peter was then brought on stage with Chris and Rachel, who he hadn’t seen since the break up, to discuss the end of their relationship. Peter looked visibly upset through the whole confrontation and Rachel admitted that she had been deeply frustrated with how relationship. Peter admitted that he had felt attacked after coming on stage, however he also stated that seeing Rachel again was so difficult for him because he still had feelings for her.

Then came the proposal we have all been waiting for. After a heart-melting speech on a beautiful tower in Spain, Bryan asked for Rachel’s hand in marriage. Rachel admitted that when she looks at Bryan she sees her forever and a kiss sealed the deal. Bryan accepted both the very first and the final rose of the season in a season ending that seemed truly meant to be. In public together for the first time Bryan surprised Rachel by re-proposing to her with the Neil Lane ring he chose earlier that season to replace her “stand in” engagement ring. The two stated that they are extremely happy together and that although they have not settled on which city they would like to live in, they are hoping to plan a winter wedding.