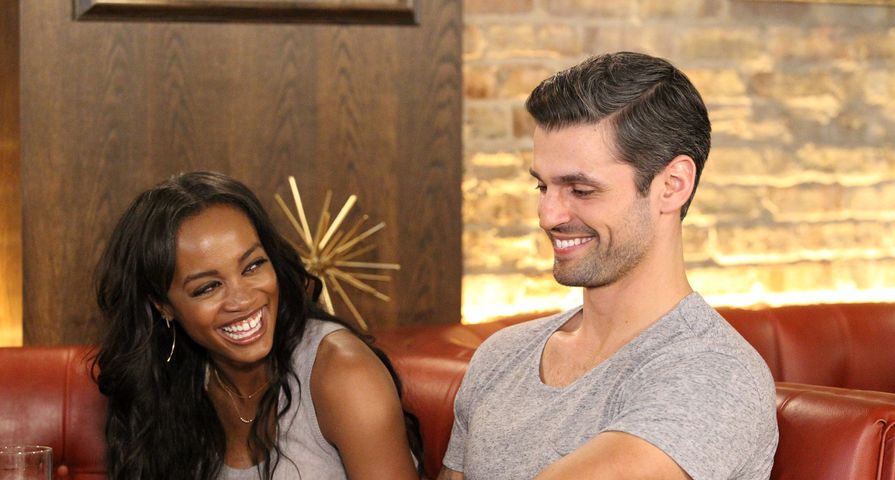 The final four have been revealed, Eric, Dean, Bryan and Peter. That means hometown dates!

The episode began with Rachel visiting Eric’s family. Eric first brought Rachel to the outdoor basketball court that he played on growing up and it was adorable watching the two interact with each other. Listening to Eric open up about his tough upbringing and what led him to become so independent was inspiring. However the pressure was definitely on for Rachel as she is the first Eric has ever brought home to meet the family. Eric’s Aunt Verna really asked the deep questions such as, how has Rachel felt being the first black bachelorette. Eric’s one-on-one chat with his mother was so moving, the immense respect he has for his mother is admirable. At the end of the night, when Eric and Rachel recapped the the night he said “Wow I really love this girl”. However, Rachel noticed how he didn’t directly state that he was in love with her.

Next Rachel and Bryan went to Miami for his home town date. Bryan’s biggest concern would be Rachel’s connection with his family as it was the exact thing that destroyed his past serious relationship. In particular, it was Bryan’s mother that Rachel really had to impress. When Bryan first spoke to his mom, she seemed hesitant to believe that it would take Bryan going onto a show to find love. However, charming Rachel easily won over his mother’s heart as it was so clear how genuine her feelings are for Bryan. Bryan’s mom was moved to tears as she acknowledged how sincere Rachel and Bryan’s relationship is.

Peter was one of the wild cards for the night as Rachel was seriously questioning how committed he is. There have definitely been doubts in Rachel and Peter’s mind about whether or not he is ready to propose. Peter even told his friends while on his hometown date that the idea of proposing is terrifying.  Peter’s mom really dropped the bomb on Rachel stating that although her son may be ready for the commitment, he may not be ready to give anybody a ring. They ended the night stating how happy they were with each other, however compared to how previous dates had gone it truly seemed lack-luster.

The last hometown dated was with Dean. Rachel was the first girl Dean has ever brought to meet his family all under one roof. The big discussion Rachel had with Dean was why he hadn’t spoken to his father in two years. It was heart breaking to watch Dean try and patch up his relationship with his dad only to have his father put up such a fight that Dean left the conversation more devastated than before. After the father son blow up, Rachel tried to talk his dad. However Dean’s father ended the conversation abruptly stating that he didn’t realize Dean still had such harsh feelings towards him and “thanked” her for bringing that into his house. Rachel came to Dean’s side to comfort him after the disaster that occurred when he confronted his dad and Dean admitted that he was falling in love with her.

Rachel was then faced with the challenge of sending one man home. Bryan, once again was the first man called to accept a rose. Eric was called next and then so was Peter. Which meant Dean was the one to be sent home, clearly shocked by the result. Next week its’ the men under pressure as she introduces them to her own family.