Home » Trending News » The Bachelorette Men Tell All Recap: Lee Gets Called Out

The Bachelorette Men Tell All Recap: Lee Gets Called Out 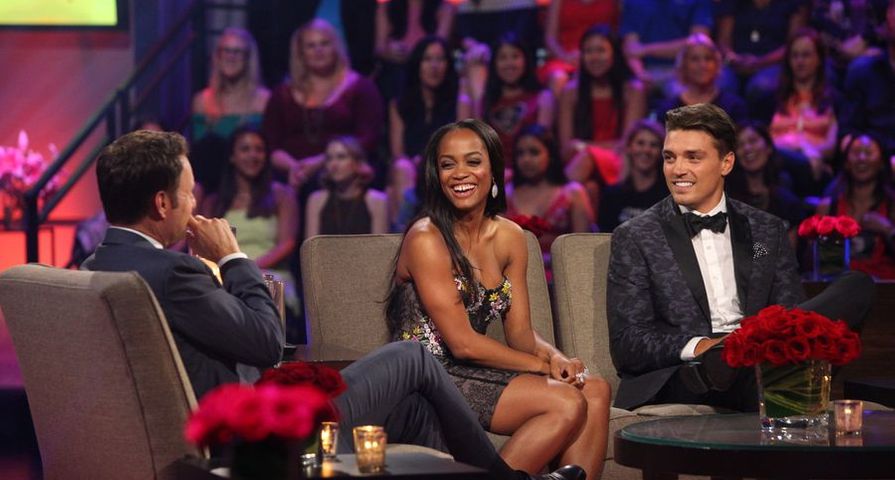 Rachel Lindsay’s season of The Bachelorette has had some of the most wild characters in Bachelorette history. Personalities and testosterone clashed constantly throughout the season, and it all came out tonight during The Men Tell All.

Chris Harrison briefly addressed the Blake and Lukas (Whaboom) drama that got both of them eliminated at the same rose ceremony. Next DeMario was given the chance to clarify the situation involving his ex-girlfriend showing up to the basketball group date. However, rather than own up and explain what we all saw, DeMario tried to state that the girl was a “side-chick” and that there was no “ocular evidence” in the form of pictures proving that the two of them were in a relationship.

The topic all of us were waiting to hear about was the Kenny vs Lee drama. The common theme seemed to be that Lee at first seemed to be a genuine guy and was nice to all the men in the house, but after South Carolina things changed. Kenny stated he believed that Lee lashing out wasn’t at the core insidious, but actually a reaction to feeling “out of his league”. Kenny was then brought onto the stage for his one on one conversation with Chris. After stating that the only thing Kenny truly felt was frustration, not aggression, Lee apologized for not being a better friend and admitted that he lied to Rachel about Kenny being aggressive. The men stated how they all admired Kenny for always trying to be the one to take the high road during his confrontations with Lee.

Lee was then brought on to the stage and it wasn’t long until someone mentioned that Lee was racist. Lee was called out for, purposefully ruffling feathers, advertising his offensive behavior on social media, misogyny, and racists statements. The main point the men wanted to address to Lee was that he was apologizing then because not only was he caught, but that 18 men had the chance to call him out on his actions.  Lee’s racist and sexist tweets from last year were brought up and he was rightfully told why those statements were so insensitive. The men helped him reach the acknowledgement of his actions and they were able to finally accept his apology and all seemed to leave on good terms.

Dean was in the spotlight next discussing his relationship with Rachel. Straight to the point, Chris mentioned Dean’s hometown date which was hard on everyone involved. Dean mentioned that he did want Rachel to witness the family dynamic he has been living in. Dean and his father hadn’t spoken for two years which led to a harsh family reunion resulting in Dean and Rachel being asked to leave his father’s home. He then admitted that he was proud of everyone that went through that experience as he felt it was cathartic for his family.

The moment we all had been waiting for finally arrived, Rachel was brought onto the stage. When asked why she sent Dean home after saying that she was falling in love with him, Rachel’s defense was simply that she meant it. Although Dean confessed that Rachel revealing those feelings made him even more heartbroken when he was sent home, he was grateful for being able to get an explanation. Next Rachel was asked about the incident with DeMario and his ex-girlfriend. Rachel essentially stated that when DeMario immediately pretended he didn’t know who the woman was, she felt like she had seen all of that deceit before and did not feel it had a place with her now. When asked about the Lee and Kenny drama, Rachel said she was disappointed in how Kenny handled the situation as she felt it could have been a learning opportunity for Lee. While addressing Lee, Rachel said if he hadn’t learned anything from his behavior yet, she’d be more than happy to bring him backstage and give him a black history lesson.

The night ended off with a recap of the three remaining men fighting for the final rose and of course, Rachel’s heart. Next week is the season finale and we find out, will Brian’s confidence win her over, will Eric’s charm steal her heart, or, if Peter will be able to commit after all.