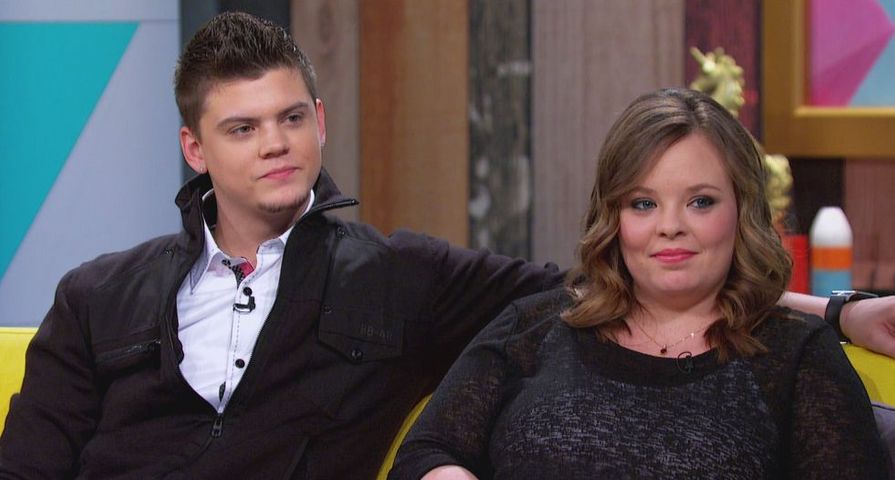 Teen Mom stars Catelynn and Tyler Baltierra reunited with their firstborn daughter Carly in an emotional family reunion this past Saturday!

The two MTV stars traveled with their two-year old daughter Novalee to visit their daughter and her sister who they had placed for adoption in 2009. The decision and pregnancy was documented on the MTV hit 16 & Pregnant before their transition into the Teen Mom series.

“Today is the day! After 2 years we finally get to see Carly in just a couple hours,” Tyler tweeted before the reunion. “On our way to see Carly!!! Can’t wait to watch this cutie play with her birth sister #OpenAdoption #Blessed,” he wrote on Instagram.

Tyler also ensured to keep the fans updated and confirmed the reunion was just as exciting as he was anticipating. “Seeing Carly & Nova playing together, Carly pushing Nova in the stroller & holding her, omg you guys!” he wrote on Twitter.

Catelynn also shared her own excitement over the reunion earlier this summer. “Sooo I get to see Carly this Aug!!!” she tweeted. “We are so excited and I cannot wait for nova to see her again!!! #blessed #Adoption.”

Although their time with daughter Carly is limited, Catelynn revealed to E! News previously that their relationship with Carly’s adoptive parents is “really good” and added that “our relationship is still very open.”

As fans of the Teen Mom stars know, the relationship between Catelynn and Tyler and Carly’s adoptive parents Brandon and Theresa hit a rough patch when they decided it wasn’t in Carly’s best interest to be filmed and asked that the reality stars limit what they talk about concerning Carly while on camera. It is good to see the open adoption and relationship between the two sets of parents is back on track!

On our way to see Carly!!! Can’t wait to watch this cutie play with her birth sister #OpenAdoption #Blessed