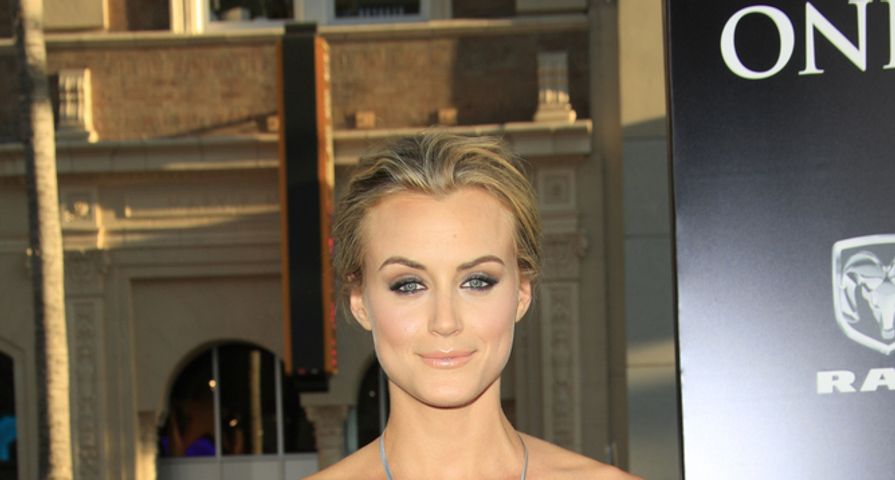 Taylor Schilling prefers authenticity, and she made it known in this months issue of Elle Canada.

The Boston-born beauty, and star of Orange Is The New Black, offered a few firm, but fair statements when interviewed by Elle Magazine for its Canadian edition. First, let’s just admire how amazing Taylor looks on the cover–it’s very fun. Secondly, let’s admire how delightful the words were that flowed from her mouth.

She’s not into the celeb-obsessed culture, and she hit the nail on the head when addressing social media. It’s all rather false. She went on to state that she feels rather defiant shunning the “Kim Kardashian culture,” because it’s not something she signed up for, nor does it hold any interest. Taylor’s goals in the world of entertainment are to create things of authenticity.

She went on to point a finger at social media, accusing it of being another representation of false reality.

“There is something so sad about going online and seeing almost everyone shouting ‘Notice me, notice me!’ Which is such a human desire—to be acknowledged. But me responding to that with some sort of ‘You’re noticed, you’re seen’ only perpetuates the loneliness. Because I’m not seeing you; I’m not noticing you. And whoever you are, you so deserve to be noticed and valued. I feel lucky to have not grown up with the Internet because it forced me to get out, struggle and be so messy.”

Also Check Out: 9 Popular Celebrities Who Have Slammed The Kardashians!