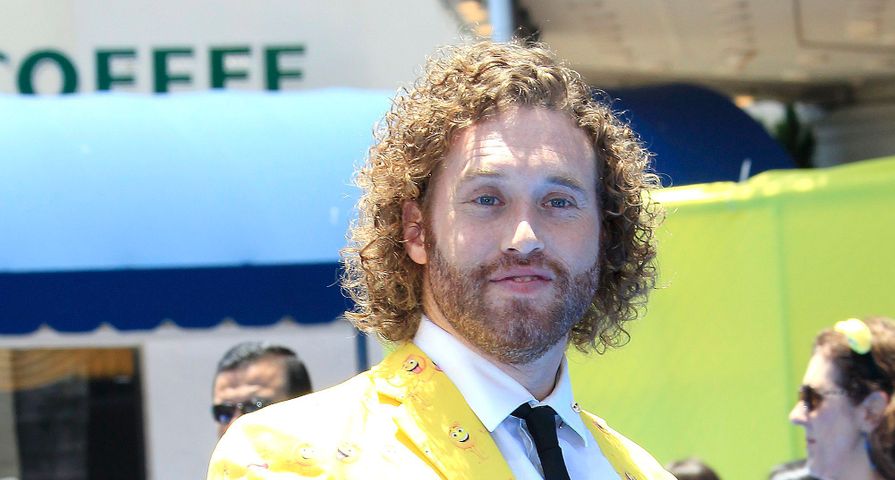 As 2017 winds down, there are still numerous stars being alleged of sexual misconduct and one of the latest is Office Christmas Party star T.J. Miller.

Earlier in the week, a former girlfriend of Miller’s in college came forward with her story accusing the comedian and actor of sexual assault and only hours later, his newest Comedy Central series The Gorburger Show was canceled according to reports from Entertainment Weekly.

Although a representative for the network told the outlet that the decision to cancel the show was made earlier this year, the timing couldn’t have come at a worse time for the former Silicon Valley actor, or be more coincidental.

Miller’s accuser who used the pseudonym Sarah alleged that Miller sexually assaulted and physically harmed her over the course of a few weeks while they were both attending college in Washington D.C. in the early 2000s.

“We started to fool around, and very early in that, he put his hands around my throat and closed them, and I couldn’t breathe,” she recalled of one alleged incident. “I was genuinely terrified and completely surprised. I understand now that this is for some people a kink, and I continue to believe it is [something] that should be entered into by consenting parties. But, as someone who had only begun having sexual encounters, like, about three months earlier, I had no awareness this was a kink, and I had certainly not entered into any agreement that I would be choked. I was fully paralyzed.”

After her allegations went public, Miller and his wife Kate made a lengthy statement through Kate’s Twitter account claiming that his accuser has a history of disturbing behavior and even tried to break up their relationship. “She attempted to break us up back then by plotting for over a year before making contradictory claims and accusations,” they wrote and also alleged that Sarah “was asked to leave” their comedy troupe “because of worrisome and disturbing behavior,” an action they claimed led Sarah to tell other students that she was going to “destroy” and “ruin” T.J. and Kate.

“We are confident that a full consideration of accounts from and since that time will shed light and clarity on the true nature of not only this person’s character, and also on the real facts of the matter,” the couple said. “We stand together in stating this is nothing more than an unfortunate resurgence of her lies designed to wreak havoc on two happily married people in the public eye. … Sadly she is now using the current climate to bandwagon and launch these false accusations again. It is unfortunate that she is choosing this route as it undermines the important movement to make women feel safe coming forward about legitimate claims against real known predators. … We both champion and continue to stand up for people everywhere who have truly suffered injustice seeking to have justice brought into their lives,” they added.