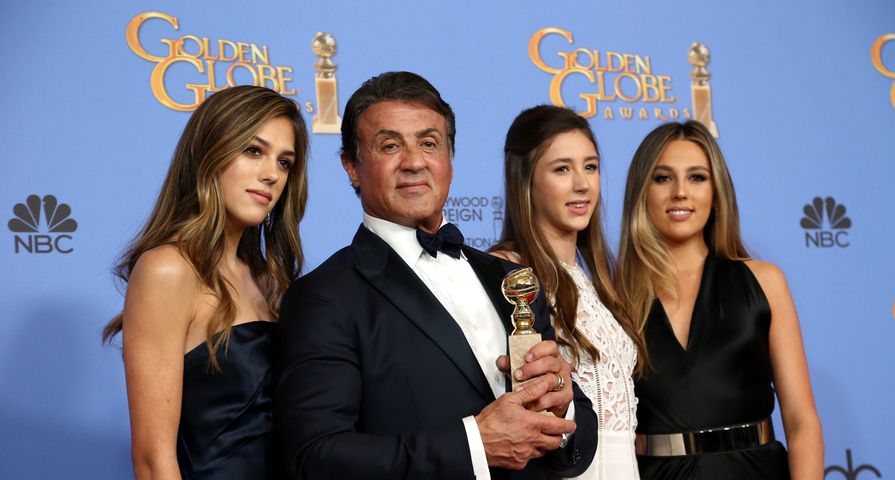 For any fans that follow iconic action star Sylvester Stallone on social media, they know that he is one proud papa.

The talented Rocky star is father to five children, including three daughters — Sophia, Sistine, and Scarlet — who have all given their dad one more reason to be proud. It has been confirmed that all three were named Miss Golden Globes 2017 by The Hollywood Foreign Press Association, marking the first time multiple siblings have been chosen for the role.

The Golden Globes Instagram account confirmed the news on Thursday, November 10, sharing a photo of the three with their famous father along with the caption, “Breaking! This year the 2017 Miss Golden Globe will be @sophiastallone, @sistinestallone, & @scarlet_stallone, the daughters of @officialslystallone!”

For those who are unaware, every year the Hollywood Foreign Press Association chooses a son or daughter of one of the industry’s most notable actors, actresses, directors or producers to assist in the Golden Globes Awards ceremony.

President of the HFPA, Lorenzo Soria, stated, “For the first time in Golden Globe history, we have proudly selected not one but three Miss Golden Globe representatives. The Stallone sisters will continue our time honored tradition of handing out the statuettes at the awards ceremony. Each of the lovely young women in the triad have had success whether it be in academics, sports or pursuing a modeling career. With being raised by such roles models Sylvester and Jennifer, we can’t wait to see what the future has in store for these ladies.”