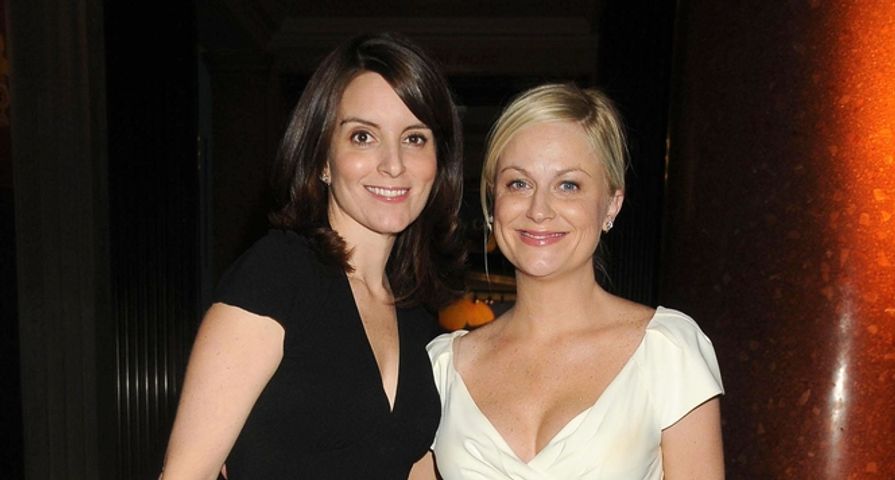 The Golden Globes have come and gone yet again. As always, there were a number and highs, as well as some pretty unbelievable lows last night. We’re a bit sad that this will be Tina Fey and Amy Poehler’s last year hosting the festivities. Who knows, Maybe in another two or three years, they will be invited back. Because so much happened last night, we decided to breakdown some of the best and worst moments. While the fashion on the red carpet may have left a lot to be desired, the Golden Globe Awards themselves were packed with lots of things for us to gossip about. Here are the 7 best and worst moments!

When he accepted the Lifetime Achievement Award, George Clooney gave a pretty touching speech. Of course he made sure to make part of it about his wife, Amal. “I’ve had a pretty good year myself. Listen, it’s humbling to find somebody to love, especially when you’ve been waiting your whole life, especially when your whole life is 53 years. Tina and Amy, start the jokes,” he said. “Amal, whatever alchemy brought us together, I couldn’t be more proud to be your husband.”

He then got serious and talked about the recent terrorist attacks in Paris, France. “Today was an extraordinary day. Millions of people marched not just in Paris but all over the world. They were Christians and Jews and Muslims, they were leaders of countries all over the world. And they didn’t march in protest, they marched in support of the idea we will not walk in fear. So, Je Suis Charlie. Thank you,” he said.

Ricky Gervais – who hosted the Golden Globe Awards from 2010 to 2012 – made a good impression this year at the Golden Globe Award. He presented the award for Best Actress in a Musical or Comedy. The notorious funnyman did what he does best – mock celebrity culture. “You’re better than ordinary people. You know it and they know it, deep down,” he said. “I’m not going to start picking on things you’ve done – some of it immoral, a lot of it illegal! If we’ve learned one thing, it’s that famous people are above the law, as it should be. I’m not going to get into the terrible things you’ve done to get here tonight. Streep! Clooney! I’m not even looking at Katie Holmes!”

People seemed to really like Gervais this time around. So much in fact that some want him to host next year’s Golden Globe Awards. He seems open to it too. “I’d love to do it again one day. It’s a good, fun industry party,” he said.

Jenner Lopez wore a very revealing dress to the 2015 Golden Globes. It had a deep V-neck, which didn’t leave a lot to the imagination. When she and Jeremy Renner were presenting the award for Best Actor in a mini-series or TV movie, he suggested that she open the envelope to reveal the winner. She responded with, “You want me to do it? I have the nails.” He then looked down at her chest and said, “You have the globes too.” She laughed it off, but there were some major groans in the audience.

Do you think Renner could be into JLo? They are both currently single. He recently broke up with his wife of 10 months, Sonni Pacheco. Things are already getting messy between these two. She has accused him of stealing her passport, social security card and birth certificate. It sounds like a lot of drama, but you never know! Lopez might be into this.

Michael Keaton is making quite the comeback. Last night, he took home the Golden Globe Award for Best Actor a Motion Picture Comedy or Musical for his performance in “Birdman.” When accepting the award, he gave quite the speech! He talked about his childhood in Pennsylvania, being one of seven children. According to him, even though there were a lot of kids in his family and his father was always working two jobs, his parents made sure to make their children the focus, which is what really helped shape who he is today.

He then talked about his son, Sean Douglas, who was in the audience. “My best friend is kind, intelligent, funny, talented, considerate, thoughtful,” Keaton said. “He also happens to be my son, Sean. I love you with all my heart, buddy.” It was quite emotional and really touching. It was the kind of speech that would go over really well on Oscar night.

Golden Globes 2019: All Of The Best & Worst After Party Looks Ranked

Margaret Cho joined the fun at the Golden Globes this year as Cho Yun Ja, a North Korean journalist for Movies Wow! magazine and the newest member of the Hollywood Foreign Press Association. She came complete with an army uniform, lots of face powder, a frown and a fake North Korean accent. She was really there to provide some comic relief. There were lots of jokes about North Korea and Cho was there to mock Kim Jung Un and his attempts at censorship.

While people at the Golden Globes seemed to find the whole shtick amusing, people online were less than impressed. Many thought that it was pretty racist; however, it can’t possibly be considered worse than “The Interview.” For all of the haters out there, they might want to be aware that, as the awards show closed, Cho announced that she (as her character) was interested in hosting the Globes next year.

Despite their best efforts, Kristen Wiig and Bill Hader weren’t especially funny at the Golden Globe Awards this year. When they were presenting the Best Screenplay award, they were really trying to make people laugh, but it felt way too forced. All of the “memorable” lines from “Titanic,” “E.T.” and “The Godfather,” which they botched for our entertainment, seemed way too rehearsed. To be funny, it has to be natural and these two were anything but.

The most disturbing part about their whole shtick is that people actually want them to host the 2016 Golden Globe Awards. We definitely think it might be better to go with someone else for that. These two don’t have the chemistry or the comedic chops to last for a three-hour award show. Let’s hope they go with someone else for this gig – just not James Franco. He’s also proven himself incapable of handling such a job.

Most people would agree that Tina Fey and Amy Poehler’s opening monologue at the 2015 Golden Globe Awards was one of the highlights. Nothing was off limits. They made sure to reference the Sony hack more than once, first by calling the audience a “bunch of despicable, spoiled, minimally talented brats” and then by talking about the controversial movie that caused all of the tension, “The Interview.” “North Korea referred to The Interview as ‘absolutely intolerable and a wanton act of terror.’ Even more amazing, not the worst review the movie got,” Fey said.

Bill Cosby was also the butt of one of their jokes. When she was describing the movie “Into the Woods,” Poehler joked, “Cinderella ran away from her prince, Rapunzel was thrown from a tower…and Sleeping Beauty just thought she was getting coffee with Bill Cosby. “Fey joined in, telling the audience that Cosby had finally addressed the rape and drugging allegations: “I put the pills in the people! The people did not want the pills in them!” she said, impersonating his voice.