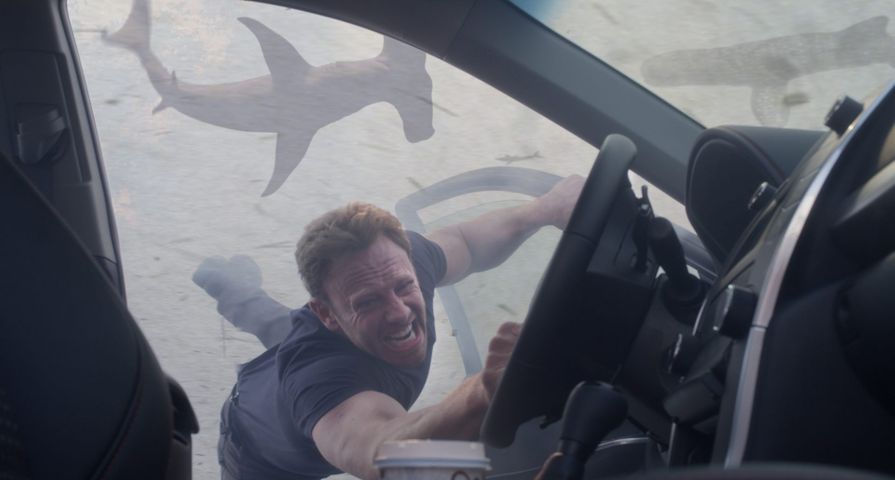 Syfy is really getting everything they can out of the surprisingly popular Sharknado franchise. On Wednesday, July 22, the third film in the franchise Sharknado 3: Oh Hell No! premiered with even more ridiculousness than the first two, if that’s even possible.

Packed with silly celebrity cameos and unbelievably bad special effects, which are the markings of any “good” cult classic, Syfy announced at the end of Sharknado 3, that they aren’t done yet and there’s a twist.

“Life or Death? You Decide” a voice over stated as the caption, “You decide if #AprilLives or #AprilDies,” read below and a voice screeched, “Her fate will be revealed in Sharknado 4… because we’re not done yet!”

In one fell swoop, Syfy announced there was indeed going to be a fourth instalment and it is all up to fans to decide if Tara Reid’s iconic character April Wexler will appear in it, as a space shuttle was hurdling towards her in her last shot.

Of course, Reid is all in for another paycheque and instantly took to her Twitter to promote the survival of her character, tweeting, “This is the time to save April #AprilLives lets get this trending.”

While fans were shocked and excited to learn of the twist, it turns out so was Reid who told The Hollywood Reporter she didn’t know about this life or death situation for her character. “That was a shocker! I didn’t expect that! I think that’s going to be a big turning point for the franchise. It gives it some excitement, and it’s giving the fans a chance to interact. No matter what happens, I’m proud to be a part of this phenomenon.”