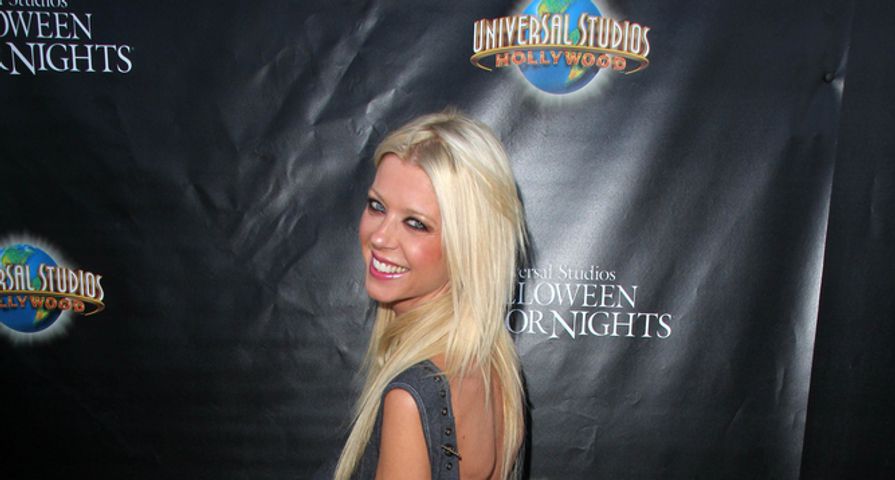 Back in the day, Tara Reid had everything needed to make her a lasting Hollywood star. She may never have had the brilliant acting chops, but she had the ambition, the looks, and a sultry voice to match. But instead of continuing to rise to fame, Tara Reid had one misfire after misfire, failure after failure, and embarrassment after embarrassment. It hasn’t been an easy road, to say the least. Here are 8 ways that Tara Reid ruined her career.

American Pie may have been a huge success and the cast, which included Tara Reid, enjoyed the spoils of that success which included offers for other roles. Whereas some of her castmates landed juicy parts (see Natasha Lyonne who played Tara Reid’s best friend in the American Pie movies and is now one of the stars of Orange Is The New Black), Tara on the other hand starred in both Josie and the Pussycats and Van Wilder, neither of which were well received by critics. Following that, she appeared as the daughter of a Texas gynecologist in a Robert Altman Film starring Richard Gere called Dr. T & the Women. Remember that one? No? No one else does either.

7. Racking Up Those Razzies

If appearing in crappy movies wasn’t enough, Tara Reid apparently wanted to take home the award for starring in movies that never should have been made…literally. In 2004 she was nominated for Worst Supporting Actress and Worst Screen Couple at the Golden Raspberry Awards for her role in My Boss’s Daughter, which co-starred Ashton Kutcher. The very next year she received a Razzie Award for Worst Actress for her appearance in Uwe Boll’s Alone in the Dark with Christian Slater, which also earned her a viral internet burn when the world cringed at her pronunciation of NewFOUNDland.

So maybe acting isn’t Tara Reid’s forte, but perhaps hosting might be a better fit. She doesn’t have to pretend to be anyone and can just be herself. That should be easy. But, not so much. Wild On Tara, which was renamed Taradise, premiered on E! in August of 2005 but only made it into September before being cancelled. According to network president Ted Harbert, the show failed because it “was incredibly difficult to produce with someone well-known…Tara was involved in every minute, and it was an exhausting production.” Sure, sure. It couldn’t have been because the show was terrible and immediately slammed by audiences and critics alike.

Many stars try to keep their personal lives as private as they possibly can. Not Tara Reid. In fact, she’ll even go so far as to release facts about her personal life that may or may not be true. After her 2012 engagement to Nuremberg internet entrepreneur Michael Axtmann was called off just a month before their wedding date, she began a relationship with Danish businessman Michael Lillelund. In August of 2011, Tara Reid’s spokesperson sent out word that the two had been married on August 13th in Greece. Congratulations to the happy couple! Or not? The supposed groom denied that they were married and even said that he hadn’t been in contact with her since much earlier in February. The weirdness didn’t end there. Tara also announced that she and Bulgarian financier Zachary Kehayov  were married in a surprise ceremony. So, maybe now congratulations to the happy couple? Nope! In October she stated that the two were not in fact legally married. Yowza. She’s now in a relationship with Israeli Infected Mushroom member Erez Eisen. Congratulations to the happy couple? Who the heck knows?!

One of Tara Reid’s most epic embarrassing moments was the infamous nip slip of 2004. Appearing on the red carpet at “Diddy’s” 35th birthday party, the actress was wearing a thin silky dress that hung loosely from her body. A little too loosely as it turned out as one of the straps slipped right off of her shoulder and completely exposed her left breast and what appeared to be the non-complimentary signs of a bad boob-job. Because of said boob-job, Tara apparently couldn’t feel that she was exposed and it took her handlers more than a few moments to notice the exposure and help the star cover up. It was more than enough time for photographers to snap the pics that they needed to immortalize the embarrassing moment.

Tara Reid’s botched boob-job wasn’t her only plastic surgery mishap. “I had body contouring, but it all went wrong. My stomach became the most ripply, bulgy thing,” she said. She also said that her body was “completely butchered” by the various procedures she has undergone. But that doesn’t seem to have stopped her from trying to achieve physical changes through surgery. “I can’t say I’m never going to have more surgery as I don’t know how I’ll feel in a few years time… Right now I’m happy with my body, though. But the mental and physical pain I went through after I had the surgery was horrific. I went through two years of living in denial and everyone saying how bad my body was.” You have to wonder why she’d want to risk that again, but let’s hope she’s satisfied eventually.

Body issues aren’t the only thing Tara Reid is dealing with. Beyond that and perhaps more destructive are her drinking issues. Often caught by the paparazzi partied out and barely able to talk or walk, Tara has spent time in rehab in order to help her deal with her drinking. It hasn’t seemed to be successful thus far as she has been spotted many times partying hard since her stint in rehab. “One drink is too many, and 1,000 aren’t enough,” Tara Reid said after leaving rehab for alcohol addiction in 2009.

Taking on a role in Sharknado was either a bold move for an actress willing to take risks in order to revive her career or it was a simple act of desperation from someone who couldn’t land any other roles. Either way, it has definitely managed to bring Tara Reid back into the game. But will this revive her career or sink it into the deep? We’ll have to wait and see!