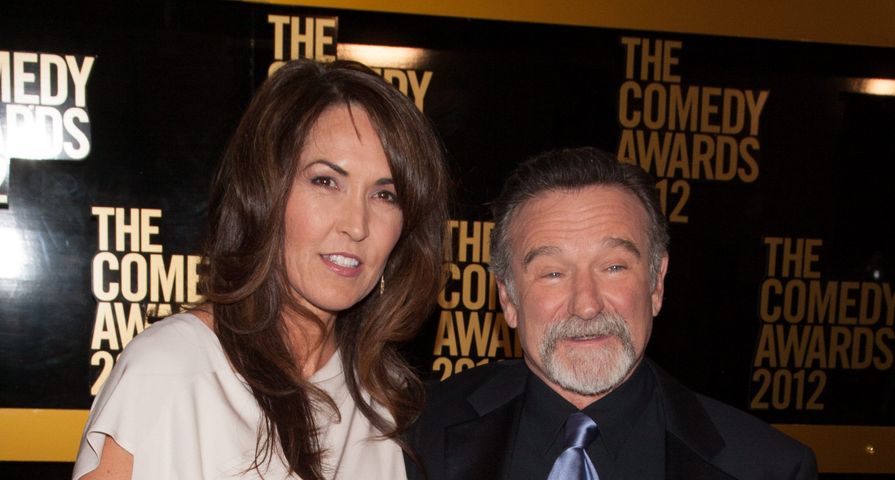 Robin Williams’ tragic suicide in August 2014 was an incredible shock to world at large as well as his friends and family, and now his widow, Susan Schneider is opening up about exactly what he was battling behind closed doors stating: “It was not depression that killed Robin.”

Many assumed that Williams took his own life because of depression, but Schneider is now talking about the factors surrounding the depression, namely his battle with Diffuse Lewy Body Dementia or Dementia with Lewy bodies (DLB). “It was what was going on inside of his brain – the chemical warfare that no one knew about,” Schneider told Good Morning America’s Amy Robach in her exclusive interview.

Williams was not formerly diagnosed with DLB until after his death following the autopsy, but Schneider said there were many signs in the years before his death that Williams was in mental disarray. “In November of 2013, he had a little gut pain. Next month, it was another symptom. It was like this endless parade of symptoms and not all of them would raise their head at once. It was like playing Whack-a-Mole. Which symptom is it this month?” Schneider recollected. “I thought, ‘Is my husband a hypochondriac?’ We’re chasing it and theres no answer. By now we tried everything.”

Eventually Wiliams was diagnosed to be in the early stages of Parkinsons, but it was the still undiagnosed mental illness that was behind his reasons to take his own life according to Schneider. “Lewy Body Dementia killed Robin. It’s what took his life and that’s what I’ve spent the last year trying to get to the bottom of.”

“This was a very unique case and I pray to God that it will shed some light on Lewy bodies for the millions of people and their loved ones who are suffering with it,” adds Susan. “Because we didn’t know. He didn’t know.”